Lyndon Riggall discusses the qualities of good writing that enable us to put ourselves as close as possible to the daunting theatre of war.

Reading Carol Fuller’s recent blog, brought to us from the stunning and heart-wrenching Gallipoli Peninsula (link: http://cbcatas.blogspot.com.au/2015/05/anzac-day-at-gallipoli-peninsula_26.html), I was struck by her examination of the difference between “commemoration” and “celebration” and particularly her request that those who still believe that Anzac day is a cause for celebration read from the Mud and Blood and Tears list available from CBCA Tasmania. The reason the comments struck me was that I, like many of my generation and the ones that have come after, no longer have living relatives from either of the World Wars, and as such have accessed experiences of it primarily through the written word: first-hand accounts; poetry and, of course, fiction. When I lower my head in remembrance it is the relatives long gone who I think of first, but in imagining what they went through, my mind, for better or worse, also conjures images from stories: Markus Zusak’s The Book Thief, Morris Gleitzman’s Once… novels, Jackie French’s Pennies for Hitler, Michael Morpurgo’s War Horse or Michelle Magorian’s incomparably upsetting Goodnight, Mister Tom. And who could forget, once read, John Boyne’s The Boy in the Striped Pyjamas, a novel that says so much in so few pages about who we are as people, and how we must treat each other? 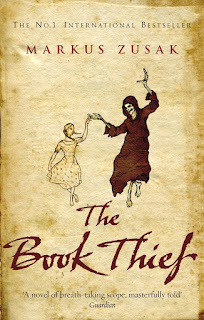 It would be a rare year that the CBCA didn’t recognise at a high level a work of fiction that dealt intensely with the causes, consequences and conflict of one of the major world wars. It has sometimes been a criticism of book prizes that the theme of war might dazzle a reader into an emotional response as a form of misdirection--hiding clichés and poor writing behind heavy themes and emotionally traumatic events. I would argue that although writing poorly about war is a terrible crime against history, the writers who write about war successfully are largely thoroughly deserving of the accolades that they receive. Writing about conflict--particularly for a young audience, who often know even less of the realities of death and war than adults--in a way that inspires empathy and understanding--that feels true--is a herculean task. Whether it is a particular author’s “right” or “place” to discuss these topics is not something that I want to debate here, but I think perhaps that we can agree that attempting to do so, when successful, is vital to the way that many of us understand the past, engage with the potential conflicts of the future, and remember the great sacrifices made by real families on both sides of conflict. 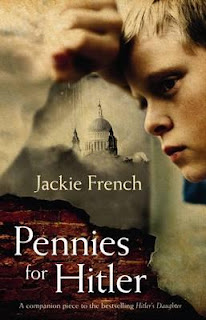 Writers who have the gift of being able to present ideas of war with integrity allow us to try and imagine the unimaginable. Although we may never succeed in fully appreciating the sacrifices that have been made in the past, I believe it is our duty to try. In language; in words and images and stories, we come perhaps as close as we are going to get to truly understanding what happened. On Anzac Day here in Australia we stand and say “Lest We Forget,” but perhaps we need to do more than that. We need to imagine. Doing so--even when we cannot possibly hope to touch the truth of the horror and tragedy and sadness of what happened--is to see that this is not a cause for celebration. In placing ourselves in one of humanity’s darkest hours through the skills of great writers, perhaps we leave with resolve. Perhaps we make a promise, in our own hearts, and perhaps that promise enters the world through our actions. And that promise is this: