I know I speak for many Tasmanians when I say how thrilled we are when our local residents are recognised for their talents. This week Daniel Gray-Barnett, recipient of the 2019 CBCA Award for New Illustration, shares his recent acceptance speech and a couple of lovely photos taken during the Awards presentation. 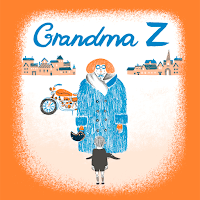 Daniel’s talents were recognised for the delightful Grandma Z – the sort of a grandmother that sings to the imaginative, dare devil and adventurous spirit hidden within every child. If you have not yet had the pleasure of meeting Grandma Z watch this preview courtesy of Storybox Library.

I’d like to thank the Children’s Book Council of Australia as well as the judges for this incredible honour.

A big thank you to my publisher, Miriam Rosenbloom and the team at Scribble Kids for their faith in my work and giving me the opportunity to bring Grandma Z to life. It’s probably fitting that this book didn’t start with a manuscript at all, but with some illustrations of the characters that I did just for fun. I posted them to my Instagram and thought that would be the end of it.

Miriam saw them and convinced me that these characters had a really good story to tell. So we did. I’m very grateful, Miri, for your vision - working on Grandma Z has opened up doors in my career.

My earliest memory of falling in love with books was in Grade 2, when my teacher Ms Wootton, was reading to us The BFG. Of course, there is no question that Roald Dahl’s stories are captivating, but for me, the thing that really hooked me onto this book thing, was Quentin Blake’s illustrations.

Something about his scratchy drawings of a big-eared giant sparked my imagination. It was magical and I was (and still am really) in love. It was a stepping stone to imagining the rest of that world for myself. So for me, and I imagine a lot of other kids, illustration was and is an equally powerful way of connecting with stories and growing a love of books.

To all the teachers, librarians and booksellers who champion illustration and visual literacy with their students and kids - thank you so much, what you do makes a difference.

I’d like to commend the other artists and their terrific work - what they each do is so unique, skilful and difficult - and it’s important work too. I’m very proud to be in such a talented group.

Lastly, I just want to thank my husband, without his support I would find it very hard to do what I do.

Editor’s note: Daniel is the guest speaker at the CBCA Tasmania AGM at 11.00 am on the 2 November 2019 at Hadley’s Hotel. RSVP tas@cbca.org.au
Visit https://www.cbcatas.org/ for details. 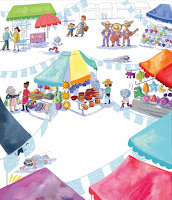 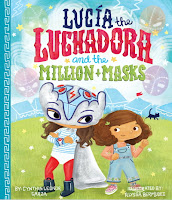 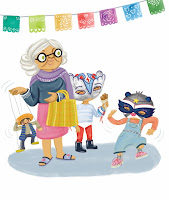