When sharing and responding to children’s literature we are usually referring to a finished product, in most cases a book, however the process that lead to the physical item should also be examined to determine quality and excellence - how it evolved from an initial idea to being captured by an author’s and/or illustrator’s imagination and finally designed and published as a complete work. 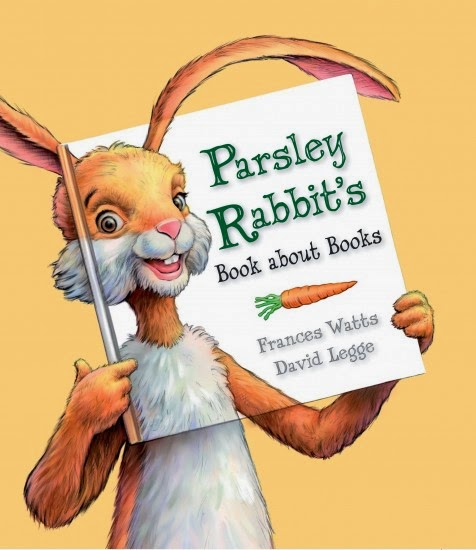 There are several books aimed at young readers that explore this creative process as well as encourage and provide inspiration to budding authors.

For very young readers Parsley Rabbit’s book about books by Frances Watts and David Legge, is a wonderful introduction to the world of books and its components. 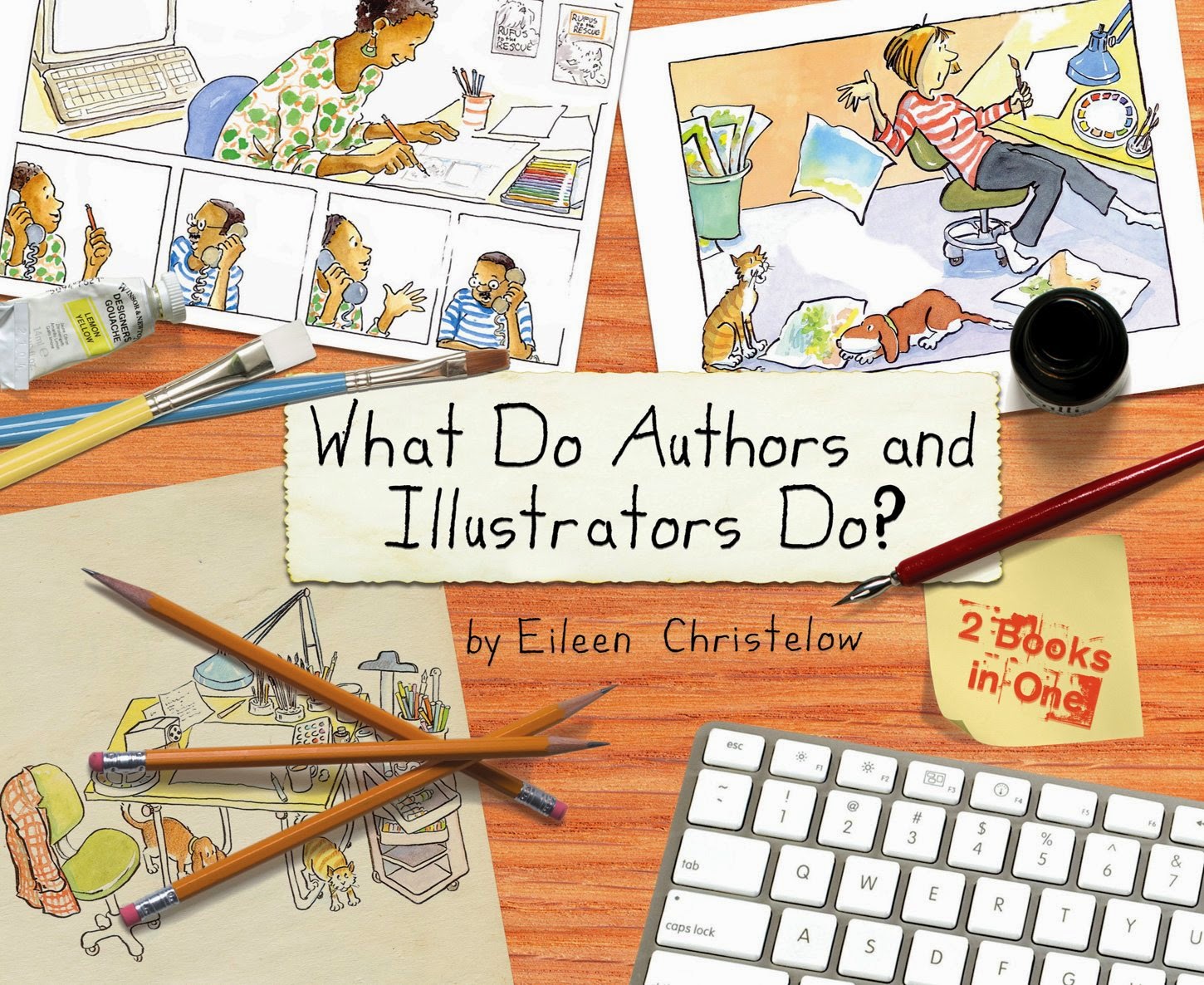 More detailed information on how books are created and the people involved in the process is presented in Eileen Christelow’s book What do authors and illustrators do? 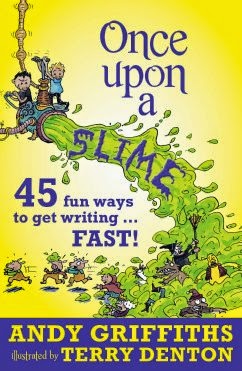 If you are looking for writing inspiration try the practical activity book Once upon a slime: 45 fun ways to get writing fast! by the popular duo Andy Griffiths and Terry Denton;  or explore Scholastics’ online Story starters  to generate fun, crazy themes and start writing and publishing on the templates provided.

Posted by CBCA Tasmania at 19:37 No comments:

Living in a fantasy

I hope all our readers had a lovely festive season and that Santa was good to each and every one of you! 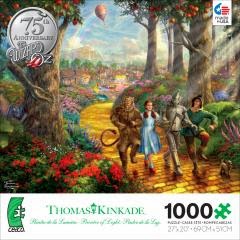 One of my gifts was a jigsaw puzzle. Its from a painting by the marvellous Thomas Kinkade, called The Wizard of Oz. It’s a fabulous rendition of the four characters making their way down the yellow brick road, and the colours are absolutely vibrant. I am so looking forward to getting started. 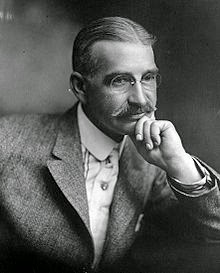 It was in the year 1900 (yes, that's 115 years ago) when L Frank Baum published The wonderful wizard of Oz. But he certainly wasn't the first to delve into the world of fantasy fiction. The genre dates back to antiquity with Homer's Odyssey written in the 9th Century BC and Beowulf circa 700 AD.

Children's fantasy really came to life following the publication of the Brothers Grimm's fairy tales in 1812-15. Then there was Alice's adventures in Wonderland (1865), The Hobbit (1937) and The chronicles of Narnia (1950-56), just to name a few.

So why do we love fantasy so much? Well, for starters, its fun; there is usually a moral to the story; the characters are very different to those we meet in real life - and it can captivate our minds so that we escape from reality, just for a while. 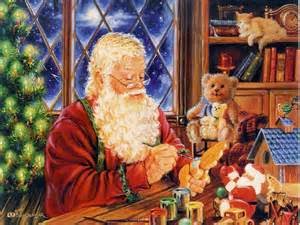 Editor’s note: Do you have a favourite children's fantasy to add to Penny's suggestions?
The following two useful sites explore the long and fascinating history of children’s fantasy literature. For a brief overview look at Children’s literature classics: The fantasy genre and a more in depth exploration at TheBritish Library: Fantasy and fairytales in children’s literature.

Posted by CBCA Tasmania at 12:05 No comments:

Do you own a smartphone or a tablet device – either iPad or Android? If so I hope you have started to explore the reading opportunities for both yourself and your children, and especially as an alternative means to read and explore stories with the family. 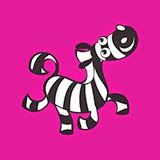 As an adult, it quite possible that you have started buying, borrowing or downloading free e-books, either on your tablet, an e-reader, on a computer or smartphone, or alternatively listening to audio recordings on your device. Are you children getting the same opportunities? Interactive e-book publishing for children’s books offers an exciting, evolving and engaging format available through app purchases and downloads. A good starting point get a feel for the younger market is iStoryTime.

As a brief introduction to this alternative way to share stories with your children and for them to develop independent reading habits and opportunities to investigate the story beyond the text, these are some of my favourites. A good place to start is with renowned Australian children’s author and illustrator Graeme Base. For a fraction of the cost of a print copy, both Animalia and The waterhole can be purchased and will provide hours of fun, starting with Graeme telling the story and then supported with a range of puzzles and activities to explore deeper layers of the words and illustrations. 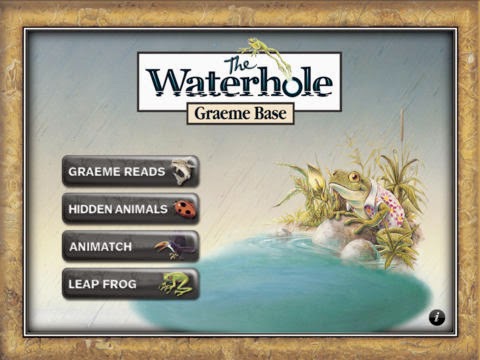 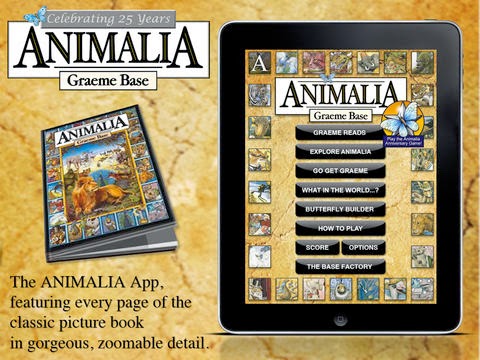 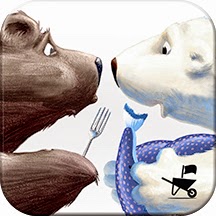 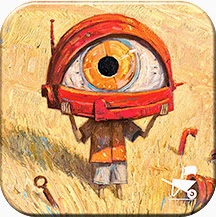 Nick Bland is another icon on Australian picture book scene. Find out about Nick’s latest publishing venture Wheelbarrow where several of his own books have been developed into apps. Along with his bear books: Cranky bear, Hungry bear and Itchy bear, one of my all time favourites is the The wrong book which is an absolute delight to share with a child as the story is told through the app and with the device as physical movement adds another dimension to the exploits on the screen. I think this book was immortalised for me, and an auditorium full of students, during its rendition on the big screen as the chosen text for National Simultaneous Storytime in 2013. You can view it in action on YouTube  if you are not convinced :-). Wheelbarrow are branching out in the digitisation of books, so look out for Shaun Tan’s The rules of summer as another interactive book worth investigating. And remember, that a good storybook app has so much more than the story!

Interactive story apps are an expanding market and one well worth exploring. This is just a brief introduction and I trust that it will send you off to start exploring further.

Happy New Year to all our readers. I hope you had some wonderful books among your Christmas goodies.

As Australia Day is at the end of the month, I thought I’d look at some of the wonderful historical publications which we have, celebrating our history. I have chosen to focus on early settlement, on books I like, and have not checked whether they are currently in print, but if not many will be accessible through your local library.

The true story of JohnNicol, illustrated by Julian Bruere.
John Nicol’s sea adventures began in 1769 when he was aged 14 and included a trip to Australia on the Lady Julian (or Juliana), one of the Second Fleet convict ships, arriving in Sydney in 1890. This book includes some of Nicol’s own prose, taken from his very readable Life and Times … first published in 1822.

The mostly true storyof Matthew and Trim by Cassandra Golds and Stephen Axelson.
Trim was Matthew Flinders’ loved cat who accompanied him on some of his voyages. This is the remembered story of their adventures together as well as Trim’s adventures after Flinders was imprisoned by the French.

A penny to remember by Kirsty Murray
Young George is transported to Van Diemen’s Land while his sister stays in London working for the Dimples. Eventually this family decides to emigrate to Tasmania and George and Hannah are re-united.

Nanberry: Black brother white by Jackie French
This is a novel of the first years of settlement of Sydney when the influx of new settlers, free and convict, bring with them diseases hitherto unknown to the Aborigines. The reader learns of the devastation they cause. It is the story of Nanberry adopted by Australia’s first surgeon, John White, and living with his white brother. Based on true stories.

The goat who sailed the world by Jackie French

Among the animals and humans on board James Cook’s ship, Endeavour, was a well-travelled goat and her young carer, Isaac Manley, who went on to bigger and better things. The goat gave the crew milk for the whole of their three year voyage but had already sailed around the world before she set off with cook.

Surviving Sydney Cove by Alexander Goldie
A diarised fictional account of one young girl’s life in Sydney during two months in 1790, a time when the colony was struggling to feed itself. 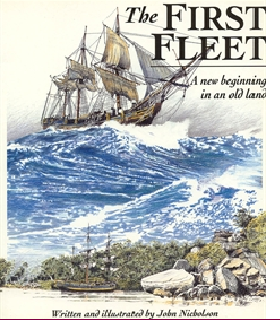 The First Fleet: A new beginning in an old land by John Nicholson
Full of fascinating facts and detailed drawings, as Nicholson’s books always are, The First Fleet is a great introduction for young readers. Do you know how many tools were taken, or how much food was allowed per person? Or how many children were on the various ships of the fleet? (There were 32). This book answers those questions.

Playing Beatie Bow by Ruth Park
This historical paranormal story focuses on Abigail who suddenly finds herself in the Sydney Rocks area of the 1870s, having to cope with all the changes from her life of 100 years later. An Australian classic.

Meet Grace, Our Australian Girl series by Sophie Laguna
The four books in this series tell the story of Grace after she is sent to Australia as a convict. [Editor's note: Find out about other authors and titles in the Our Australian girl series]

Fair dinkum histories by Jackie French
This is a series of six titles each looking at a different period in Australia’s past. They are full of facts and cartoon-style illustrations. A great jumping off point for further explorations.

And I have just scratched the surface. We could go on to later decades in Australia’s settlement: the bushrangers, the years of exploring the continent, Federation and Australia’s involvement in war. But, for this time, though, a focus on early settlement.

What Australian historical fiction do you enjoy?