Some people say that listening to an audiobook doesn’t count as real reading. I disagree. In fact, we can learn so much from a performance that it seems a shame to restrict ourselves to only the voice in our head when experiencing a story. My absolute favourites that I have recently returned to include Stephen Fry reading the Harry Potter series (or Oscar Wilde’s short stories, in fact, Stephen Fry reading anything) and Tim Curry’s performance of A Series of Unfortunate Events. I remember as a boy growing up on Stig Wemyss reading Andy Griffiths’ stories on tape, and admiring his voices and reveling in the silly sound effects.


Of course audiobooks count - they are the same journeys that we find in the printed word. I wouldn’t only listen to audiobooks any more than I would only do anything. But on car drives or long, slow runs, they are second to none for helping to tip a couple of titles off the To Read pile.


This Christmas, don’t forget that there are many ways in which stories can be enjoyed, and even given as gifts. In fact, there are more than just the written word and the recorded audiobook. There are also live performances, and I can’t think of anything better than snuggling down on the couch and doing your very best old man voice for that miser Scrooge in A Christmas Carol.


Merry Christmas, and a glorious summer to all of you. I hope it is filled with a feast of both food and the imagination. 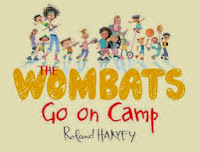 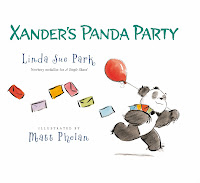 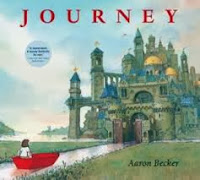 
Maureen Mann
Posted by CBCA Tasmania at 19:06 No comments:

Moral panic again hits Australia as PISA results show that in Australia, and particularly Tasmania, our literacy standards are slipping compared to the rest of the world. The newspapers all but scream “Our schools are failing our children”.
So it was with some interest that the first issue of New Scientist (16/11/2013) I received of my new subscription contained the article, Too much too young. In that article David Whitehead and Sue Bingham point out that, contrary to the received wisdom in the English speaking world, children who go to school at 5 perform worse than those who enter formal education at 7.
Research consistently shows that, in the long term, those children who undergo early formal literacy training compared to those who do not, gain no advantage.  Quite the contrary:
“However those who started at 5 showed less positive attitude to reading and showed poorer text comprehension than those who started later”. p 29
We of the CBCA are not focused on literacy but are focused on children enjoying and reading quality literature that gives pleasure. It should, for them as it did for me, give them experience of real and imaginary worlds contained within that literature. For this enjoyment, literacy is a necessary condition but by no means sufficient. It seems a single minded pursuit of literacy is inimical to this aim.
We would be better investing in and promoting public library use and reinstating school libraries as the heart of the school.
http://www.cam.ac.uk/research/discussion/school-starting-age-the-evidence

Richard Pickup
Posted by CBCA Tasmania at 15:08 No comments:

Trends in writing for young people

It's always fascinating to read *practically* everything published in Australia for children in a single year, as it makes seeing the trends that much easier. In the past, we've seen multiple books come out on a single, somewhat esoteric, topic, and followed themes that crop up in abundance in a particular year, such as immigration, Australia's colonial history, various wars, rural life, runaways, fairytale retellings, mental health and so on (depending on the target audience).


In 2013, some of the trends that have stood out for me so far include crime novels for teens, children's books featuring vets and pets, solid science fiction stories (as opposed to dystopian science fiction, Hunger Games style), narratives which deal with the death of a sibling, novels featuring a narrator who has a learning difficulty or behaviour issue, and parallel world tales.


It's quite fun to read two books from different authors and different publishers that come out on identical topics at around the same time; for example, in 2011 I did a double take at the arrival of two novels that used as their focus the cameleers of South Australia who accompanied the explorers in their journeys, and two picture books that retold the story of Grace, a girl who helped rescue the passengers and crew of the SS Georgette when it was wrecked off the coast of Western Australia in 1876 – quite a specific event to have two books focus on!


While some trends have an obvious source (for example, stories set in World War I are always popular, but I foresee a huge increase in these leading up to the 100th anniversary of Gallipoli in 2015), others, like the example of the Grace books above, seem to have no apparent source – some sort of mystical vibration in the air that causes two authors to suddenly decide they want to write books about the exact same thing!


So far this year, the consonance that has most tickled my fancy is to read two Australian books using Paris as the setting and the fashion design industry as the focus, in two quite different ways, and for two different audiences! Which goes to show that although it may seem that there is nothing new under the sun, that doesn't mean that authors won't continue to surprise and delight us with their new takes on stories and settings.


What trends have you noticed in children's books recently?