As I write this, Children’s Book Week comes to an end for another year. How did you celebrate? All of us would like to be able to share your creative successes. The theme for this year, Australia! Story Country, was really open-ended with many opportunities for creative interpretations. For me, Shaun Tan’s artwork reflects one aspect of our country: that of the dark red soils which can be found in many places. 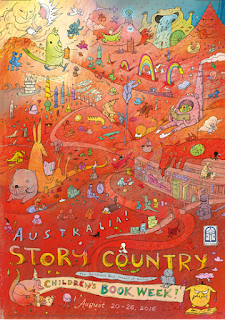 Congratulations to all the authors and illustrators whose books were chosen as Winners and Honour books in the Book of the Year Awards. Living overseas, as I do at the moment, means that I haven’t seen many of the titles in the 2016 CBCA Notables Books lists. This list of course includes the titles which were chosen as the best for the year. What do you think of the top books? Do you agree with the judges? If not, what do you think should have been included? Which book should have been omitted in order to have your title included?

We mustn’t lose sight of the fact that, according to the judging panel, the books chosen were regarded as the best of all the submissions. Another group of people may have chosen differently. That is one of the strengths of the CBCA system: that the judges read all the books, and don’t rely on submissions from others. It’s a challenging and rewarding two-year commitment. 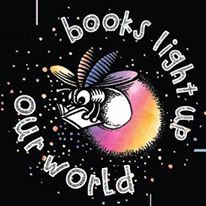 I enjoy The Children’s Book Council of Australia Facebook page. If you are a Facebook user but haven’t already liked this page, then it’s worth doing so. You’ll hear about all sorts of CBCA news: books, events and reviews. Amongst other things, it recently highlighted past Children’s Book Week promotional posters: a lovely trip down memory lane. How many themes and artists do you remember? 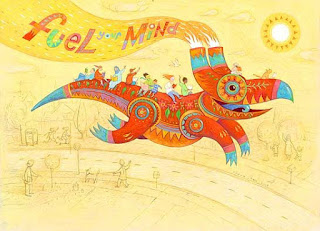 It would be great to hear from you about your Children’s Book Week memories and achievements.

Recently I spent some time at the Festival of Bright Ideas 2016 in Hobart, celebrating Science Week.

Hundreds of children were there playing with robots and Lego, creating circuits with electronic toy bricks, witnessing chemical reactions, handling unusual marine mammals, identifying bugs and even learning about soil science by pH testing their own home soil. 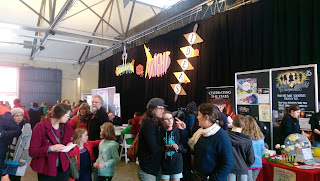 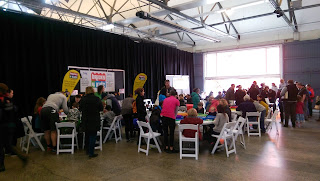 It was a wonderful event and the kids were clearly having a ball - and learning something along the way. I wondered then which Australian children's books are scientifically or technology based but are not textbooks or information books that just quote facts and statistics - books that will engage our young people while they learn. And I came up with a few: 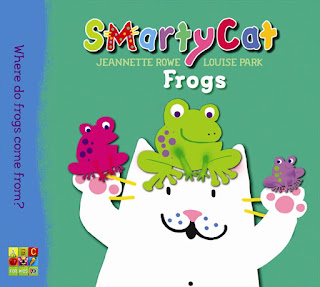 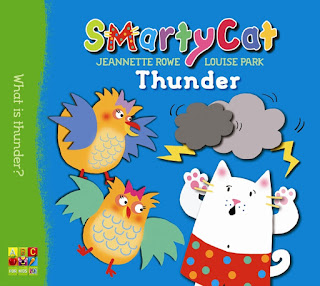 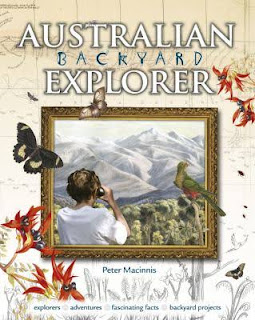 one small island by Alison Lester and Coral Tulloch 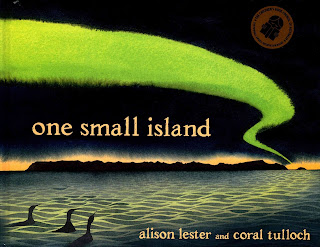 The Hidden Forest by Jeannie Baker 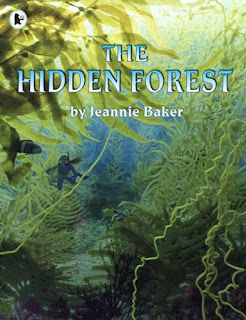 Of course there are also magazines that make science interesting for our young people, like the CSIRO's DoubleHelix which provides interesting and fun information whilst giving kids the opportunity to experiment on their own.

Can you think of other books and magazines that have given your kids the opportunity to learn whilst they enjoy reading?

Email ThisBlogThis!Share to TwitterShare to FacebookShare to Pinterest
Labels: robots

Children's Literature in the Public Focus

Here in the UK, there have been several media articles recently which have drawn readers’ attentions to books for children. This is great as it gets people talking and questioning their views.

It is the 150th anniversary of the birth of Beatrix Potter and an even greater focus on her books, but also on some of her many other achievements. Not only did she leave the world books well-loved by adults and children alike, she was a trail-blazer as a botanist, farmer and environmentalist, at a time when women were not expected to step outside the accepted societal norms. Her sesquicentenary is being celebrated across the country but especially, in the Lake District where she lived, by the National Trust which was a major beneficiary at her death in 1943. A series of stamps depicting her best loved characters will be issued. Another 50p coin will join the others in the Potter series. This time it will show Squirrel Nutkin. And there are a gold and a silver proof coins available too. 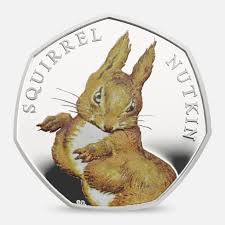 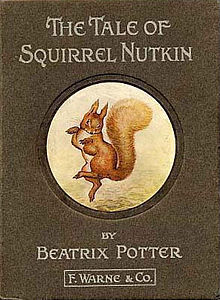 The July 22 release here of the film version of the BFG has brought attention back to Roald Dahl, not only his writing for children, but also his wartime achievements. It has also created discussion about the rights and wrongs of book-to-film adaptations, and specifically, the pros and cons of Spielberg’s version. Is there too much darkness? Is Mark Rylance’s giant the right interpretation for you? Please let us know what you think. 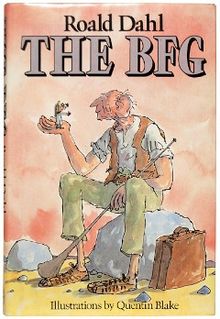 There has been discussion about books which children should read by the very arbitrary age of 14. A BBC list recently included Harry Potter, The BFG, The Famous Five, Wind in the Willows, To Kill a Mockingbird, The Bible, The Very Hungry Caterpillar, The Gruffalo, The Fellowship of the Rings and Alice in Wonderland. Of course, this kind of list is compiled by adults and has the nostalgic remembrance that many have for books which they loved as children. The BookTrust’s criticism was that it focussed on ‘daunting classics’. But it also raises the issue of whether these are the best books for children in 2016. This kind of list tends to omit books published recently – most adults compiling them have stopped reading children’s literature apart from what they read to their children. For me, the titles included would depend on the reader because we know that readers are not all the same, and that ‘one size doesn’t fit all’. A resistant reader needs to be tempted by the offerings whereas a voracious reader will read much more widely. 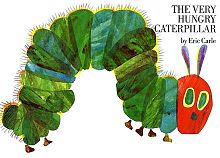 I would really struggle to restrict myself to ten books and what I include today may not be the same titles as one compiled next week. What would be the ten books you would include on such a list? Please let us know and start a discussion.

Posted by CBCA Tasmania at 23:31 No comments:

Email ThisBlogThis!Share to TwitterShare to FacebookShare to Pinterest
Labels: BookTrust

"The Play's the Thing: Lyndon Reviews Harry Potter and the Cursed Child"

Let’s start where we left off. It’s nineteen years after the Battle of Hogwarts and Harry Potter is standing on the platform at King’s Cross Station, preparing to send his children to Hogwarts and consoling his terrified son that being sorted into Slytherin might not be the worst thing that could ever happen to him. And if Harry Potter and the Cursed Child can be praised for anything it’s this: that it turns the occasionally off-putting sentimentality of Rowling’s final chapter to wonderful purpose as the beginning of a new adventure in the Wizarding World. Albus Severus Potter now becomes more than just a symbol of the idealistic future of the Potter family: he is a hero in his own right, perhaps surpassing his father in our empathetic connection to him, as we recognise what it must be to live in the great Harry Potter’s shadow (something that every other children’s book has been doing for nearly a decade now). The gorgeous synchronicity of this new playscript is every bit of harrowing as the original Potter series but an inversion of it, as Harry finds himself struggling with what he feels is an ungrateful and disobedient son, and Albus struggles to make his father see that you don’t need to be locked in a cupboard under the stairs to feel like a stranger in your own family. “Just cast a spell, Dad, and change me into what you want me to be, okay?” he begs his stunned father. We were promised at the end of Harry Potter and the Deathly Hallows that “All was well,” but something is rotten in the Potter House.
The play spends a bit of time ticking the “Where are they now?” boxes, but contrary to the final chapter of Deathly Hallows in this version we get a much stronger sense for what has changed and what has remained the same. Highlights are discovering Hermione in the job that - in hindsight - she was born for, and Ginny’s surprisingly tender and perceptive relationship with Harry. While readers were begging for “Romione” from the beginning, finally we start to see just why Harry and Ginny are a perfect match too.
Amongst the split narrative between parents and children is a surprising number of repetitions from the original series. There’s sneaking around in libraries, wizard duels, riddles and polyjuice potions, as well as a dramatic and convoluted arrival to kick off the first day of term. For something that occurs so far into the future of the story, it’s amazing how many old favourite characters make an appearance, causing me to reassess my theory that nine-year’s time from now would likely bring us a reunion of the original films’ lead cast. There’s lots that feels familiar here, but the story is also impressively daring, featuring a few moments that actually serve to tie knots left undone from the original franchise.
But what is it like to read a Harry Potter play? Well, it’s not the same as the original series, but it’s also less complicated than you might think. Most readers will find this a much quicker read thanPhilosopher’s Stone, and will fall back into the familiar world with great ease, whatever the form. The scope of the play’s ambition in action is astonishing too; I was hoping the book would scratch the itch of desperately wanting to see it in performance, but it only made it worse as I breathlessly muttered, “How are they going to do that?!” If some of the effect Rowling’s work had on children’s literacy passes to the world of kids going to the theatre (and it appears that it will), we have something very special on our hands. The collaborative story Rowling has made with playwright and screenwriter Jack Thorne and director John Tiffany is in extraordinarily capable hands with Jack Thorne as the play’s writer, which feels increasingly true to Rowling’s world and voice as the story plays out, with a few moments that are worthy of standing with some of the best of the series.
At the heart of Harry Potter and the Cursed Child is the idea that our parents’ legacies follow over everything we do, casting our entire lives into dark shadows. And it’s not just Albus Severus Potter - by the end of the story there are several possibilities for who the title might refer to. In fact, it might be Jack Thorne himself, who no doubt spent more than a little time wondering how people would take his experiment of playing in Rowling’s sandbox. He needn’t have worried. For a while, The Cursed Child feels like an imposter left on the doorstep of the series we know and love - not really J. K. Rowling, not really a book, not really a Harry Potter story. But as it leaves Platform 9 and ¾ it moves slowly at first, gaining traction and intensity with every scene and page. It takes a while, but soon Hogwarts is there in front of us, after all this time, and we realise that we are coming home. Back to a world that - whatever form it takes - still wonders and delights and surprises.
And then?
Then, it’s nothing less than magic.


Lyndon Riggall is a writer and blogger. You can find him at http://lyndonriggall.com
Posted by CBCA Tasmania at 01:38 1 comment: