Join Lyndon as he celebrates a wonderful source of Tasmanian fiction and a means to support local talent.

We’re one week out from Christmas, and if you’re anything like me you still have a couple of gifts to get. You forgot someone, or what you were searching for was sold out, or - worst of all - you are suffering from a terrible case of the I don’t knows.

In that instance, when crunch time arrives and browsing shops in our spacious island state suddenly feels like being trapped on a crowded train somewhere on the mainland, the Celebrate Tasmanian Books and Writing Facebook group, now known as Tassie Books This Christmas, might be a lifesaver!

Tassie Books This Christmas highlights the great work of writers established and emerging all around the state. What more thoughtful present than something local, that will mean an enormous amount to the recipient as they read about their home (or your home!) and will also mean an awful lot to local writers who so desperately need our support to keep doing their wonderful work? In most cases within the group you can contact and purchase from writers directly, who are happy to personally send their work to you, and often even offer an inscription or signature to go with it. There are picture books, children’s novels, non-fiction, adult fiction, coffee-table books and even anthologies. Without spinning the commercial too hard here, it really does feel like there is something for everyone being written in this place.

And all that remains is for me to say that I hope you have a splendid transition into the New Year, full of long, well-lit nights of reading.

Lyndon Riggall
Author. @lyndonriggall
Editor's note: Seasons greetings to all our readers. We trust that the new year brings a plethora of books and favourite reads to help brighten your world.

Posted by CBCA Tasmania at 19:30 No comments: 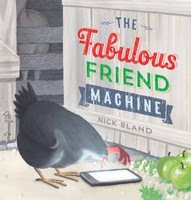 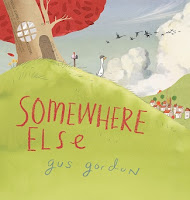 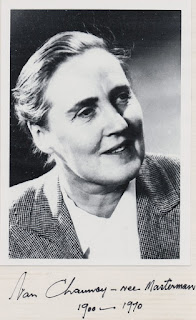 Posted by CBCA Tasmania at 17:19 No comments: