The Story of Ferdinand revisited

This week Chris explores a comparison between the 1936 picture book and the new release feature length movie 'Ferdinand'... 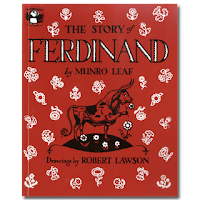 There are so many elements involved with comparing both forms of the story - I will attempt to keep it simple yet provide opportunities to explore some of these. This story is one that I have treasured since before I can remember.


The Story of Ferdinand, written by Munro Leaf and illustrated by Robert Lawson, was published in 1936 and has been in print and popular with children and their teachers and parents for over 80 years. Ferdinand is a bull who has no ambition to fight in the bullring in Madrid, he prefers to smell the flowers in the meadows of his home.


At the time it was published it was very controversial as the link given shows, due not only to its subject matter but also the setting and the time. It became a runaway best seller, never having been out of print since.
It was made into a cartoon in 1938 by Walt Disney, the story line following the original very closely, with some characteristically humorous Disney touches.

The Ferdinand of the movie has many things in common with the original story, but the events would not fill a feature length movie as it stands, so the story has gained many characters, events and attitudes that are far from the original.

I went to see this movie with two friends, both experienced teachers who had known and loved Ferdinand’s story from childhood, as had I, and had all read it to many children over the years.
We were rather apprehensive about the movie experience, as we had read the following review by Sharon Brody from Cognoscenti but we went anyway.

There were, as we expected, quite a few shocks for us to weather but we three ultimately agreed on the fact that though this was in many ways a different story it was a retelling that fits in today’s world. We also enjoyed it very much. You might too!

My Reading Year in Review

Maureen sums up her 10 favourite reads from 2017, with a 'note to self' that she plans to read more books for younger readers during this year.


Happy New Year to everyone. I hope that this brings lots of wonderful reading and you find some new ‘friends’.

I am going to open this year’s blogs with a reflection on some of last year’s highlights for me, not all of them 2017 publications, and not all Australian. When I started considering what I would include I realised that I hadn’t read much aimed at younger readers so that is my resolution for this year.
I have listed my choices alphabetically by title, not by preference:

Goldfish Boy by Lisa Thompson. Great mystery story about a twelve-year old coping with his OCD, which causes constant hand-washing and his isolation, yet with a positive outlook. Good companion to John Green’s older readers’ s title, Turtles All the Way Down. 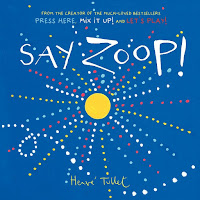 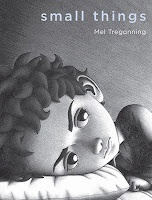 Small Things by Mel Tregonning. It’s such a pity Mel did not get to see how well this book, about a boy’s inner demons, was received. Wordless, the art work pulls the reader into each page to empathise with the boy's struggles.  A picture book, but not for the very young. 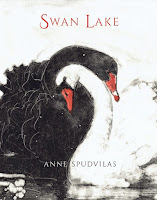 Swan Lake by Anne Spudvilas. I read this as an ebook and it works well in that format. Spudvilas retells the story of the ballet with word summaries of each act, but mainly through charcoal drawings with added light and colour, stretching across the double page spread, allowing the tensions to shine through. 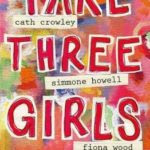 Take Three Girls by Cath Crowley, Simmone Howell and Fiona Wood. Three girls tell their version of their lives and changing priorities, a school assignment, and the cyber bullying they are all coping with. Full of references to youth culture. Great for older readers.

The Hate You Give by Angie Thomas. Set in the United States, this is the story of Starr, who splits her life between home in a poor neighbourhood, the rich school she attends, and the aftermath of witnessing the police shooting her best friend. Should she speak out as to what really happened or remain silent and safe? It’s full of controversial issues and discussion points, powerfully written. 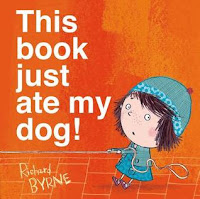 This Book Just Ate My Dog by Richard Byrne. Bella’s dog disappears into the gutter of the book, as do all the people who come to help her. It’s not a 2017 publication but this doesn’t detract from the fun of the story where both the main character and the reader know what’s going on. 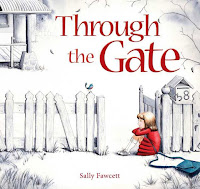 Through the Gate by Sally Fawcett. A wonderful picture book depiction of the confusion and heartache to a child of moving to a ‘new’ house which needs renovating, but slowly adapting to the new environment and learning to accept the foibles, changes and advantages of the new place.

Was Not Me! by Shannon Horsfall. A child’s attempted explanation for all his naughty actions by blaming it on his imaginary twin brother, named 'Was Not Me'. Preschoolers will enjoy the humour and parents will recognise their own exasperations.

The Wolf Wilder by Katherine Rundell. In this historical novel mixing fact and fantasy, set in Russia in winter, Feo is learning to be a wolf-wilder. With revolution brewing everywhere, she befriends Ilya and, after her mother is captured, she has to rescue her and protect the wolves.


I wonder if I would have chosen a different list on another day. Maybe just a more difficult process getting my list down to my self-imposed 10. What would you have on your list of best in 2017? Are any the same as mine?

Posted by CBCA Tasmania at 22:10 No comments: