It takes a whole heap of self-esteem to be a really effective villain.

In the 1970s, a dreadful myth was perpetrated by the likes of Roy Baumeister*. He maintained the worst thing that parents can inflict on a child is low self-esteem. Luckily, authors have never been led astray. They, like me, have recognised that the true villains of the world have excessive self-esteem.

Sometimes it manifests itself as truly despicable villains in the mould of Lemony Snicket's Count Olaf. I include Lian Tanner’s Flugleman in this group. In fictitious schools, the villain is often the beautiful bullying queen bee or her male counterpart, the jock, who delight in making it hard for our sensitive/bookish/nerdy/lunch-in- the-library protagonists. Think of pushy manipulative Holly in Fiona Wood’s Wildlife. These villains never seem to suffer self-doubt.

Of course modern psychology has moved on. It is now known bullies do not have low self-esteem. It is now known that there is no relationship between the view that individuals hold of themselves and their peers’ evaluations. It also cannot be presumed that those with low literacy skills have low self-esteem but we do know those who enjoy reading understand themselves and the world better whether they aim to or not.

Richard Pickup
Posted by CBCA Tasmania at 00:41 No comments: 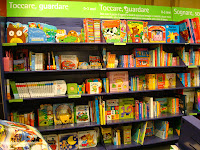 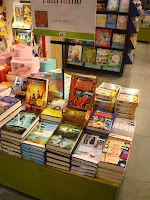 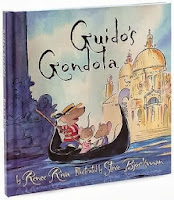 Nella Pickup
Posted by CBCA Tasmania at 01:05 No comments:

Having read Penny’s August blog about, among other titles, Vinnie’s war by David McRobbie (published 2011), I was inspired to read it myself.  And yes, I found it very rewarding.

I was brought to consider, yet again, how fertile a source of inspiration human conflict has been for writers over the centuries.  It is an enormous irony that death, displacement, injury, can provide such inspiration for literature.

And that, and Vinnie’s story, reminded me of Michelle Magorian and her novels set in the Britain of World War II and immediately after.  So I looked for my copies of Goodnight Mister Tom and Back home (I had to borrow a library copy of one of them, as I couldn’t find mine….).

Goodnight Mister Tom is Michelle’s first publication (1981), and it won the Guardian Award and the International Reading Association Award; a good start for a writer!  Back home came out in 1985 and is rather more polished, with the occasional sentimentality of Goodnight Mister Tom having been weeded out.

Both books deal with child evacuees and the culture shock they experience through their removal from their families and their lives as evacuees.  Willie is a child from the London slums, with none of the family support and love which was able to ameliorate the deprived conditions in which such children lived.  His new home is in a country village, where physical conditions are just as bleak, but the care and affection he experiences in the community enable him to turn his life around.  So for him, separation from his mother through forced evacuation to the country is a life-changing opportunity and advantage.

Rusty, the heroine of Back home, was evacuated to the USA at the beginning of the war – her family is upper middle-class and well-to-do.  However, her five years in America in the consumer society there insulate her from the conditions which those who stayed behind in Britain endured during the war years.  The drama of her story stems not only from the shock she experiences in returning to an England which is still enduring rationing, but also from the differences between her relaxed and loving family life in the US and the  stiff and narrow requirements of her own family to which she returns.  The adjustments required of her as a returning evacuee potentially result in an uncertain future.

Any teacher exploring the history of World War II would find these books of interest to a class of upper primary/lower secondary students, providing opportunities for enthusiastic discussion in many areas.

Patsy Jones
Posted by CBCA Tasmania at 21:07 No comments:

THE LIBRARY IN THE CLOUD

I have long held the opinion that e-books are here to stay. There is plenty of time still for wistful sighing over the smell of the printed page, or the way that books furnish a room with their testament to our good taste and cataloguing skills. Yes, paper books can be lent to our friends, and discovered on coffee tables by visitors. Yes, they don’t run out of batteries. Ever. I’m first in line to announce that when the zombies arrive to devour us all you’ll find me tucked in the nearest corner beneath a good old-fashioned bookshelf. But e-books are here to stay, and many of us with an eye to the budget of our addictions, the portability of our travel selections, and the ever-diminishing space on our shelves, are listening to anyone who promises to make getting hold of stories easier.

One of the first places we used to turn to for this sort of convenience was the library. Now our libraries are like us: navigating a new way of reading. This month I read an article in Locus by Cory Doctorow, (http://www.locusmag.com/Perspectives/2013/09/cory-doctorow-libraries-and-e-books/), which discussed the difficult situation that libraries find themselves in. Doctorow reveals that libraries are paying premium prices for frontlist titles as e-books, and using expensive software such as Overdrive (used by our own state libraries here in Tasmania), in order to preserve restrictions from the publishers and prevent copyright infringement. This makes it even more difficult and sometimes impossible for libraries to do many of the things they have always done so well—interlibrary loaning, re-selling old stock as second-hands. Bizarrely, hold-waiting still remains, and books that could theoretically exist in almost infinite numbers are reduced to a single copy for which patrons find themselves in a queue. Most shockingly, Doctorow reveals that HarperCollins insists that libraries delete their e-books after they have been circulated 26 times – a projected parallel to how long a book might be expected to remain intact as a physical edition.

The concept of a “library in the cloud,” and a world of reading that can be accessed by any reader with an Internet connection, delights and fascinates me. But before that idea becomes a reality we first need to embrace the way that e-books can give new life to the landscape of reading—not ham-fistedly try to push the digital revolution into the world that already exists. There is great evidence to suggest that publishers would love us to embrace the e-volution of literature. But to convince us, they’ll need to start us off, and that means giving a better deal to libraries. After all, that’s where the readers are.
Posted by CBCA Tasmania at 19:50 No comments: