Every alternate year, IBBY (International Board of Books for Young People) recognises an author and an illustrator for their lasting contribution to the world of children’s literature.   For information about previous winners, current nominees and the Judges panel see https://www.ibby.org/awards-activities/awards/hans-christian-andersen-awards

The Australian nominees for HCA 2022 are Margaret Wild for writing and Tohby Riddle for illustration. We all know their names but who are they and why did IBBY Australia nominate them for this prestigious award? 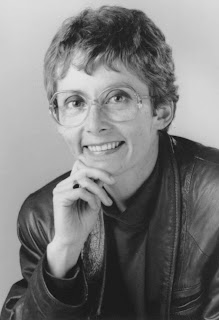 Margaret Wild began writing children’s books in 1983. For 16 years, she combined her own writing career with managing and commissioning children’s books with a range of publishers including Omnibus Books, ABC Books, Methuen and Angus & Robertson. Since 2000, Margaret Wild has been a full-time writer publishing over 100 books. Her range is wide - from lyrical books of everyday domestic issues for the very young to more complex works for old readers. Her themes of homeless, imprisoned, dying, lost and the aged and such social concerns as bullying, divorce and Alzheimer’s disease have been said to be unconventional for children’s books.

Margaret Wild has also written verse and prose novels, including Jinx (2001) which has been translated into nine languages.

Her awards for personal achievement include 2020 Australia Council Award for Lifetime Achievement in Literature; 2011 Lady Cutler Award (CBCA NSW); 2008 Nan Chauncy Award for an outstanding contribution to children’s literature in Australia; and the 2001Centenary Medal for service to Australian society and literature. 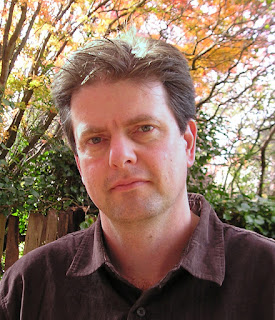 Tohby Riddle created his first picture book in 1989. He has contributed cartoons to Good Weekend and The Sydney Morning Herald. A selection of his cartoons was published in What’s the Big Idea? (Penguin Viking, 2003). Riddle’s illustrations and writings have appeared in the NSW School Magazine, where he has been a member of the editorial staff, and was also editor for a time.

His works include award-winning picture books, non-fiction and fiction for junior readers, television adaptations and a YA novel. His short stories have been anthologised in a number of collections. He has won and been shortlisted for many awards including: 1996 Winner of the IBBY Australia Noël Award for The Tip at the End of the Street (1996); 2001 Joint Winner of the Wilderness Society of Australia Environment Award (Picture Books Category) for The Singing Hat (2000); 2009 Winner Australian Publishers Association Design Awards Best Designed Picture Book Award for Nobody Owns the Moon (2008); 2009 Winner NSW Premier’s Literary Awards, Patricia Wrightson Prize for Children’s Literature for The Word Spy (with Ursula Dubosarsky) (2008); and 2011 Winner Children’s Book Council of Australia (CBCA) Book of the Year: Older Readers Award for The Return of the Word Spy (with Ursula Dubosarsky) (2010). In 2016, The Greatest Gatsby: A Visual Book of Grammar was shortlisted for a Prime Minister’s Literary Award (Children’s Fiction) and was included on the International Youth Library’s White Ravens list.

Tohby Riddle’s intertextual art is complex, engrossing and highly literate. What Tohby Riddle brings to his uniquely layered and perfectly calibrated illustrative art is utter integrity, brilliant wit, complex ideas, intellectual rigour and an ability to witness the world with a willingness to question and to challenge orthodoxies.