Bruny Island - A Unique Festival for the Children’s Literature Community

How do I sum up the Bruny Island Festival of Children’s Literature? Fabulous, fantastic, frantic and that’s just my f (un) -words. It was so much more on so many levels. Crossing from the mainland by ferry to Bruny Island was a stunning start. Lisa O’Riley Associate Publisher for Penguin and I followed the welcoming Marion Stoneman, events manager for the Tasmanian Writers Centre. We climbed the steep steps at the isthmus, the narrow strip between North and South Bruny. The views of ocean, steep cliffs and bush were breathtaking.

Bruny Island is a special place with the national park, rainforests, wildlife, farmland, cottage industries with berries and chocolates and cheese, pristine bays with sandy beaches and the extraordinary albino wallabies.  The authors and illustrators were star-struck when they witnessed an albino joey hopping out of his brown-grey mother’s pouch.

The Festival Convenor and award winning Tasmanian children’s author Anne Morgan had a grand vision. She would bring many of Australia’s major children’s authors and illustrators from Tasmania and all over the country to Bruny Island.  With the great support of CBCA Tasmania’s Jessie Mahjouri, Anne and Jessie embarked on the two year logistical nightmare of the first Bruny Island Festival of Children’s Literature. The theme of inspiring creativity for young people; author and illustrator presentations; professional development of Tasmanian authors and illustrators; engagement with community; and celebration of story underpinned the ethos of this Festival. 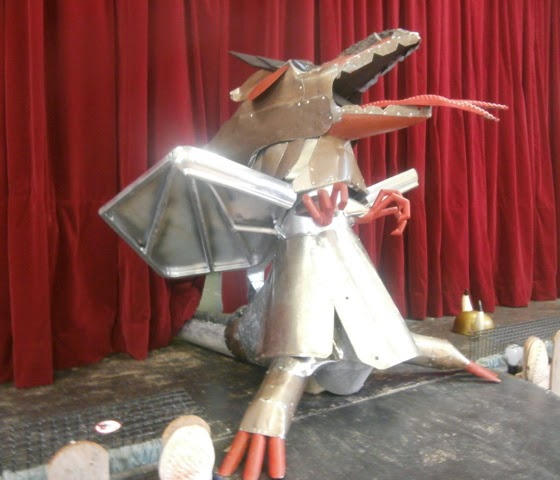 The amazing Viking duo of author Norman Jorgenson and author-illustrator James Foley of ‘The Last Viking’ fame, were flown from Western Australia to stamp this festival with Viking horns and all things Viking.  James and Norman led kids making Viking swords and helmets and having the best time ever. The building of the Viking ship was a community experience with local artisans building the boat, James Foley creating the Viking design for the head mast and kids and families charging along the beach for the great launch.  However the piece do la resistance had to be the huge metal fire-breathing dragon made by a local craftsman for the Festival. 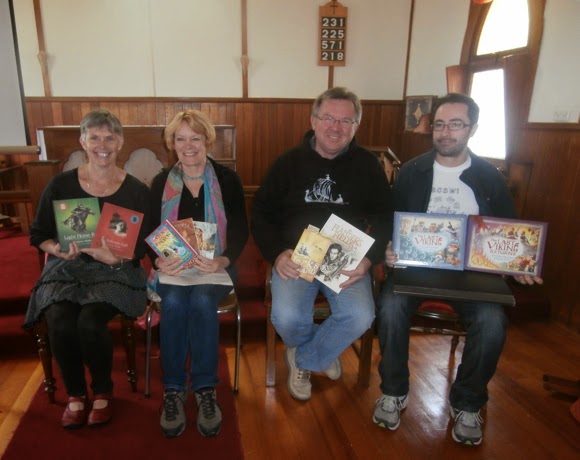 The festival was so diverse. There was a film festival with screenings of Wendy Orr’s Nim’s Island and Return to Nim’s Island with an enlightening post film talk and Q & A by Wendy.  A performance of Anne Morgan’s play Captain Clawbeak and the Curse of the White Spot acted by locals parents and children who had the audience laughing and cheering.  An art exhibition launched by award winning Tasmanian author-illustrator Christina Booth at Lumeah Art Gallery with a lunch by the Country Women’s Association. How wonderfully Australian. A Literary dinner with authors Norman Jorgenson and Susanne Gervay inspiring an enthusiastically packed restaurant despite the dramatic storm that nearly blew off the roof. The storm also blew down the Festival marquees at Adventure Bay. 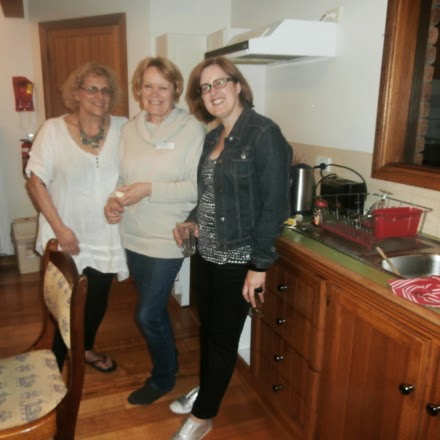 Writers were privileged to have manuscript critiques from Lisa Riley who gave invaluable and detailed advice.

There were so many special experiences. Breakfast at the Berry Farm was a gourmet indulgence of fresh berries and pancakes. The shared houses with authors and illustrators bonding and the fire blazing. The weather was chaotic with cold nights, rain, sun, winds. Brave illustrator Gay McKinnon went for a swim in the freezing cold bay. She was determined to do it as she’s a Tasmanian after all. No one else did. The delicious food made by the Men’s Shed who cooked up a storm in the hall for the festival go-ers.  The excitement of the kids with autographed books they bought from the author and illustrator stalls. The wonderful Hobart Bookshop who brought a ton of books to Bruny Island for the Festival. Loved the conversation with bookshop owner Janet Grecian about children’s books.

The volunteers did so much from driving the presenters everywhere from Hobart airport to the events in Bruny, setting up and hosting workshops and sorting the many issues that are part and parcel of such a complex 4 day festival. They were very tired by the end of the festival. Anne Morgan and Jesse Mahjouri were extraordinary.