Are we experiencing a Fairy Tale Revival? 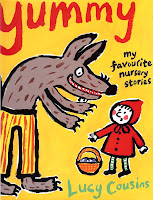 Recently I participated in a book group that undertook an exploration of Grimm’s Fairy Tales. Well I guess we all know about Cinderella, Little Red Riding Hood, Hansel and Gretel and all the other well known stories of childhood, but this series of discussions made me realize there is so much more to fairy tales than this. I contemplated the place and importance of this genre in our literary heritage and how much, if any, of this heritage is being passed on.

I began by wondering how many of these traditional tales are actually known to current generations of children.  With the volume of beautiful new books published each year and the surge in children’s involvement with technology; television and film, I wonder if fairy tales have gone the same way as other pieces of traditional childhood literature like ‘The Lord’s Prayer’, bible stories, ‘Aesop’s Fables’, ‘The Just So Stories’ to name a few.  When searching second hand book stores for fairy tales I came across many different publications but compared to the many new books available not many of  the fairy story publications are attractive or user friendly for younger readers.

I recall the era of intensely serious discussion about the violence in fairy tales and nursery rhymes and the criticism of political incorrectness in some children’s stories like the golliwogs in ‘Noddy and Big Ears’.  Did all this adult angst and moral affront precipitate the traditional stories to fall from favour and unfortunately slip quietly out of our children’s literary experience?  From the number of cast off fairy tale books in the op. shops, it’s obvious that grandparents, aunts, uncles and parents do buy them for their children but how many are kept as treasured reading or even read at all? 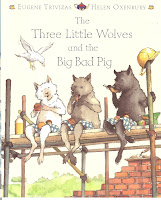 I have fond memories of Roald Dahl’s ‘Revolting Rhymes’ that turned the traditional into humorous poetry even more blood thirsty than the originals, and I have a slim volume called ‘Kid Rotten’s Tales for Rotten Kids’ which presents Red Riding the Hood as a much less genteel and gracious young lady than the traditional story does.  There is also the politically correct version of ‘Red Riding Hood’ that has the wolf and Red Riding Hood turning on the wood cutter because he had ‘assumed that womyn (not women) and wolves could not solve their own problems without a man’s help!’

However, the important question is, can one appreciate these modern variations on the traditional tales if one has not first experienced the original stories?

Serendipitously, since engaging in this fascinating study, I came upon the work of German author, Cornelia Funke, and read ‘Reckless’ and its sequel ‘Fearless’.  The stories are set in Mirrorworld where the hero, Jacob Reckless, is a treasure hunter seeking out fabulous treasures such as the glass slipper and the magic table that are an important part of traditional fairy tales.  Mirrorworld is of course peopled by fairies, dwarves, elves, witches et al. but also has some of the trappings of the industrial era, making this genre an interesting amalgamation of history and magic much as steampunk links history and fantasy.  I’m not sure if there is a label for what Funke produces but it certainly is an attractive mix.  Every time there is a reference to a fairy tale connection, the knowledgeable reader receives a double hit of reading satisfaction.  Or at least I did.   Would this happen if I had not been familiar with the traditional stories?  I doubt it.  While I don’t doubt that anyone could read Cornelia Funke and enjoy Jacob Reckless’ adventures, it’s that extra depth that turns a good read into a great read.  Hence my concern that young readers, deprived of reference to fairy tales and other traditional literary experiences, might be missing out on some of the new and exciting variations available. 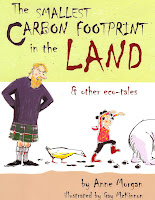 I have also noticed a recent television series called ‘Once Upon a Time’.  I haven’t watched it yet but wondered if it was a similar variation on the fairy tale theme.  It certainly sounds promising and something that brings a renewed interest in traditional fairy stories could win my vote, as long it has a genuine connection.  I am aware of other programs with fairly tenuous links to the real thing. I am not sure about the worth of the current series ‘Beauty and the Beast’.  Perhaps ‘Once Upon a Time’ should be my next stage in rediscovering traditional fairy tales.

And by the way, I can’t wait to start reading Cornelia Funke’s ‘Inkheart’ series.