Literature for children & young people – why does it matter & who cares? - by Jenni Connor 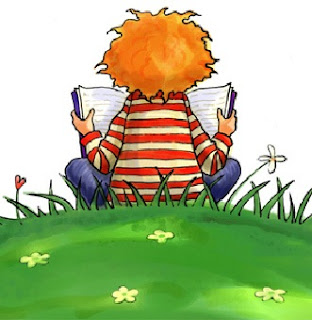 In May this year, I was thrilled to attend the Maurice Saxby Lecture, presented by the Professor of Education and the Arts at Sydney University, Robyn Ewing.

Now ‘Maurie’, as I have known him, is in his ‘wisest years’, an elder statesman who still guides the NSW Branch in his gentle way and is still writing passionately about literature for children and young people for newspapers, magazines and journals. Maurice’s contribution to Australian Children’s Literature and the work of CBCA – which is HUGE – has been recognised through myriad awards, including Tasmania’s own Nan Chauncy award & the Dromkeen Medal; he is a Member of the Order of Australia and was the first National President of the CBCA.

I first met Maurie when we were judges in 1987 (that’s how old I am); he was already ‘famous’ and I was an ingénue from little old Tasmania. The revered Maurie could not have been more charming, oh, so gently reminding the panel of 8 judges about the criteria pertaining to each award and, regretfully, insisting that some titles that might have made the Older Readers category were really ‘Young Adult’ and beyond the scope of the awards at that time; he also quietly asked ‘Did you mean to have four books about dolphins in your shortlist?’ (Because that’s where we were heading.)

Tasmania hosted Maurie when he came to receive the Nan Chauncy Award and he was witty and charming as ever; he even endured a VERY hot walk into Chauncyvale the following day, although he declared he didn’t think he would be capable of repeating that experience.

So, it was a total joy to see Maurie thriving and among his friends at the Saxby Lecture. He had initially objected, saying ‘I’m not dead yet’, but Margaret Hamilton assured him it was not yet a ‘Memorial Lecture’.

Robyn Ewing, who is not only Professor at Sydney Uni, but has been president of key organisations devoted to teaching and literacy, such as Primary English Teachers’ Association (PETA) and the Australian Literacy Educators’ association (ALEA), spoke passionately about the core role of the arts, including the literary and visual arts, in the education of young people and the cultural life of a civilized society.

The event was hosted at the State Library of NSW and attracted an audience of over 200 writers, illustrators, educators, librarians, parents and members of the public.

I guess I’m interested in the fact that, when CBCA Tasmania worked hard to organise a valuable professional learning event in NW Tasmania, it was extremely difficult to get ‘a quorum’ because busy teachers were understandably preoccupied with student assessment and report writing.

I’m interested to ask: Have we got our priorities right? Should all schools be institutional members of CBCA Tasmania in support of ‘a cultural life and a civilized society’? Should all schools have access to a qualified school librarian to provide informed promotion of quality literature for young people? And, ‘How can we help people to realise that the path to literacy is paved with good books?’

Newspapers, including the Mercury, have recently run articles showing what a powerful tool ‘reading to young children’ can be in enhancing school and literacy success. Maybe we’re on the cusp of a reawakening to the immense joy and value to be found in the amazingly high quality literature Australian writers, illustrators and publishers produce??? I can only hope so.

Maurie and others have shown the way; let’s not lose another light on another hill!
Posted by CBCA Tasmania at 01:13