How I learned to read - by Carol Fuller 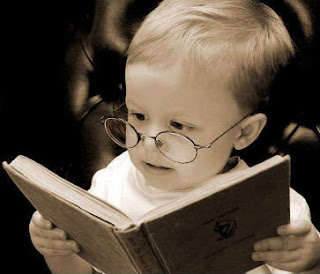 Do you remember when you learned to read; when the sounds you made connected up with the squiggles on the page and imparted meaning? Most people will say that happened at school but I really question that.

While it is almost impossible to remember my own experience, I can well remember my daughter’s and I am now experiencing my grandson’s language development and I would say most definitely that all our language skills started well before we went to school.

From birth most parents start to teach their child to recognize objects and repeat the sound which labels that object. By being shown the object and hearing the sound repeated the child gradually builds a vocabulary upon which to build their first hesitant oral communications. What happens to a child’s developing vocabulary if there is little of this instructional conversation happening in the home?

The same happens with a child’s reading. They hear the story, illustrated and supported by the pictures which give added clues to the meaning of the story and if the story is heard enough times the child can say the story themselves by heart without the need to actually read the words. At some point in these repeated story hearings, helped by a nurturing parent, grandparent, older sibling or other, the fledgling reader begins to recognize that particular squiggles represent particular sounds, especially if at the same time the nurturing guide points to those squiggles and starts to ‘teach’ the child the alphabet sounds; both the long and short sounding alphabets that is.

So what happens if there are no books in the house, there is no reading of stories, no pointing to words and pictures, no saying of BOTH alphabets? What happens to that child’s grasp of talking, saying, reading and understanding? At best those children may be disadvantaged but school will help them. At worst these children will lag behind their peers by several years of lost developmental opportunity. No parent would want to do that to their child would they?

So almost by accident, and before she had even entered a formal classroom, my daughter learned the process of reading as will her son I expect since at three he can already tell me the words on each page of his ‘Little Monsters’ book by Jan Pienkowski. He even tells me the words with understanding because it is a very short and simple group of ideas with very engaging pop out pictures that stimulate and remind him of the story.

So what is the point of this blog? The message is that if parents want to give their children the best advantages in life, they cannot afford to waste those years prior to formal school. They have a most important opportunity even responsibility to start their children’s language development from birth. This means talking, using words, singing nursery rhymes, explaining words and most of all having books to read and share. Learning in the home before school starts sets a child up for life.

Certainly school honed and consolidated what I learned at home but there were at least five years of language development before that. I don’t think my parents understood what an advantage they were giving me. They were of a generation who thought school had all the answers but after many years as a teacher and then as a mother and grandmother I understand that it was they who set me on the right track. Thank goodness for me that my parents didn’t waste a moment of my pre-school years. Shouldn’t all children be as lucky?
Posted by CBCA Tasmania at 01:52