The crit group I didn’t know I needed 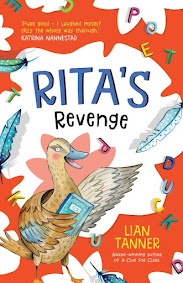 With Rita’s Revenge about to hit the bookshops, Lian Tanner shares her writing processes and the valuable insights provided by a team of fellow children’s book writers. What a wonderful process these outstanding children’s authors have engaged in to improve and develop their craft.

Halfway through 2020, that long first year of Covid, I received an email from fellow children's author Deborah Abela. The email also went to Tristan Bancks and Zanni Louise, and contained an invitation to form a small online critique group.

My reply was both enthusiastic and cautious. 'It's been such a confusing year that I'm not entirely sure what I'm working on,' I said. 'But it'd be good to talk to other writers about it.'

As it turned out, this was the crit group I didn't know I needed. And it's been going ever since, with the addition of Sarah Armstrong, who had previously written for adults and was now turning her hand to middle grade.

The book I ended up bringing to the group was Rita's Revenge, the sequel to A Clue for Clara.

Some authors work with their editors from the very beginning of an idea. I've always been the opposite. I never showed anyone what I was writing until I was reasonably satisfied with it, which was usually after at least four or five complete drafts.

So sending those first chapters to the crit group presented a challenge. It also reinforced changes I had already started to make in the way I write.

With the fantasy trilogies (The Keepers, The Hidden and The Rogues), I plotted in great detail then wrote a first draft very quickly, not going back to correct anything or reread until I got as close to the end as possible. As a result, that first draft was always very rough and needed a lot of work to shape it into a story.

When I wrote Clara, I went about it differently. My plotting was looser, and I wrote the first draft much more slowly, allowing myself to go back and fix things so I didn't end up with nearly as many internal contradictions.

I found that I enjoyed it more. And at the end of that first draft, I had a coherent story.

This fitted well with joining the group. I didn't want to send them my rawest work; what was the point of that? I wanted them to find the problems I couldn't see; the ones I hadn't fixed.

So even though I was nowhere near finishing Rita’s Revenge, the extract I finally sent had been gone over several times, until I was reasonably happy with it. Still, I was terrified that my fellow authors wouldn't like it.

To my relief, they loved it. 'So endearing,' they said. 'Hysterically funny.' ‘Love the rules about what a duck can and can't do ’.

But as well as encouragement, they offered informed and intelligent criticism. 'Could you introduce the poetry sooner? It comes a bit too late.' 'It feels as if we don't really get into the story until the second chapter.' 'Can General Ya come in earlier, too?'

This mixture of encouragement and criticism has become the pattern for our zoom meetings. It provides us with a recharge of energy once a month – a valuable thing for a writer. It bolsters our strengths, and helps us shore up our weaknesses. It gives us trust, kindness and honesty, and we all agree that we have become better writers as a result.

We also agree that, although we all have very different writing styles, we love and appreciate each other's work. In fact, that's one of the great pleasures of the group – seeing each story develop and grow. 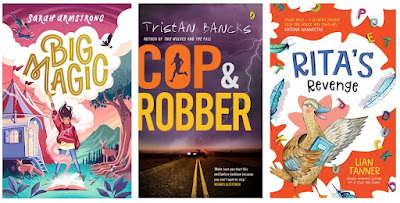 This year, we all have books out – the first ones since the group started. Sarah Armstrong's Big Magic was the first, published in May. Tristan Bancks' Cop & Robber is coming on July 5, the same date as Zanni Louise’s picture book Pigasus, and my own Rita's Revenge. 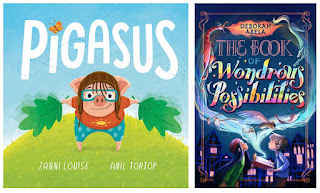 And Deborah Abela's The Book of Wondrous Possibilities will be out in August.

I heartily recommend them all.

Editor’s note: If you are in Hobart next weekend, head down to Hobart Bookshop for the launch of Rita’s Revenge. 11 am Sunday July 10th.

Email ThisBlogThis!Share to TwitterShare to FacebookShare to Pinterest
Labels: authors