Join Maureen as she reports on a range of reading material explored whilst located in Canada. This is a great opportunity to broaden reading choices and expand horizons.

I am writing this while visiting family in Canada, where I always enjoy using the local library as well as browsing in one of the bookstore chains. Each time I discover new authors and some wonderful books. I guess that probably relatively few of them are available in Australia but at least some of our readers may be able to find a few. Most are picture books, but not always for the very young and a couple of titles for older readers. All have been published within the last 24 months or so. 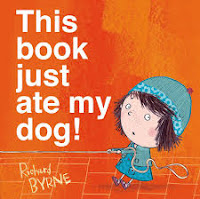 This Book Just Ate My Dog by Richard Byrne. Bella loses her dog, a friend and emergency service vehicles inside the gutter of the books. By writing a note, she requests, in fact demands, the reader’s assistance to rescue everything. The illustrations make good use of the page’s ‘white’ space.

Home by Carson Ellis. Ellis looks at homes around the world, including some imaginary and improbable locations, and concludes with a question to encourage the reader to think about his/her home. Her illustrations use a limited colour palette enlivened with occasional red and/or yellow but are not bland.

InvisiBill by Maureen Fergus and Dusan Petricic. Bill is ignored by his family when he asks for the potatoes at dinner but once they can’t see him, they eventually realise how important he is to the family unit. The zany illustrations are cartoon-like and spaced across the pages.

The Nest by Kenneth Oppel illustrated by Jon Klassen. This science fantasy novel for middle school readers is the story of Steve and his family who are coping with a sickly newborn baby.  In his dreams, (or is it reality?), Steve is offered the chance by a swarm of wasps, of ‘fixing’ the baby. The cover combines the wood-like structure of wasp nests with the hexagonal partitions. Strange concept, but I enjoyed it.

Sometimes I Feel Like a Fox by Danielle Daniel. This Canadian title looks at the role of totem animals and how they influence the young of the Anishinaabe tradition. Each child wears a mask depicting the relevant animal with a simple poem as the accompanying text. 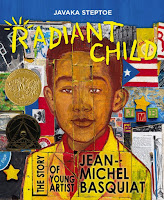 Missing Nimama by Melanie Florence and Francois Thisdale. This Canadian picture book for mature readers is the story of Cree women who have gone missing or been murdered, from the viewpoint of a young girl, now cared for by her grandmother, as she progresses through her life, with a parallel story from the missing woman. There are interesting variations in the illustrations through the book.

Did You Take the B From My –ook? By Beck and Matt Stanton. This great read-aloud will attract young listeners and the person reading will sound ridiculous. There will be lots of bravado from children who know better than their adult. Illustrations are minimal, primary colours but essential to the verbal text.

I Am Not a Number by Jenny Kay Dupuis, Kathy Kacer and Gillian Newland. Another Canadian book, based on indigenous problems, tells the story of three Nipissing children who are forcefully taken away to school, where Irene is only known by her number 759. After the first summer holiday their parents refuse to allow them to return again. A powerful story which for me was perhaps more verbose than it needed to be.

Leave Me Alone by Vera Brosgel. There was an old lady who lived in a house with too many occupants, so she left to complete her knitting in peace. She tries various locations, accompanied by her bulging sac, till she completes it all and returns home, as though she’s never been away. The text and pictures complement each other well. 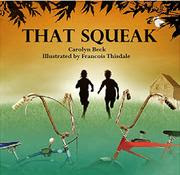 That Squeak by Caroline Beck and Francois Thisdale. This Canadian short story in picture book format, is the thought-provoking story of the friendship between Joe and Jay as well as the early suspicions changing to burgeoning friendship between Joe and Carlos. Jay’s squeaky bike seat is the link between the two relationships. Great use of illustrations supporting the text 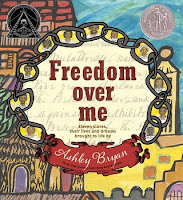 Freedom over Me by Ashley Bryan. This Newbery honour book brings This Newbery honour book brings to reality the story of 11 slaves, their lives and dreams. The book was triggered when Ashley Bryan found some slave sale documents. In 1828, the Fairchild’s plantation estate was disbursed and men, women, children and animals were listed together for sale. The illustrations make good use of pen, ink, watercolour and original documents.

Heartless by Marissa Meyer. This is a sort-of prequel to Alice in Wonderland, combined with some characters from Poe’s The Raven. We meet the Queen of Hearts when she is young and idealistic, being wooed by the King of Hearts but conflicted because she has fallen in love with his joker, Jest.  Other Wonderland characters appear: Cheshire the disappearing cat, the Mad Hatter, the Jabberwocky, Peter Pumpkin Eater but there is more than just Wonderland. An interesting fairytale retelling for teenagers.
Have you been inspired by any of the books listed? Or have you already discovered one or more?

Editor's note: Heartless is a wonderful tale and will be avidly read by those who have enjoyed Meyer's Lunar Chronicles.
Posted by CBCA Tasmania at 23:22