The Sad but Maybe Happy Tale of Bunny & Bettong

An author’s perspective on author/illustrator collaborations
by Anne Morgan

You’ve just written Bunny & Bettong, your first picture book. It’s going to be a bestseller, you can feel it in your bones. CBCA Picture Book of the Year. International sales. Translated into every known language. But you need an illustrator, right?
As luck would have it, an Amazing Artist (AA) lives across the road from your best friend. Her whimsical wildlife images would be a perfect fit for your story. Better still, you’ve seen AA’s house. The veranda is falling down. Needs a paint job. Good omens. Bunny & Bettong could provide AA with the financial lifeline she obviously needs.
So, how should you, the Hopeful Author (HA) approach AA? After some deliberation, you decide on a courteous invitation, to be dropped in AA’s letterbox. 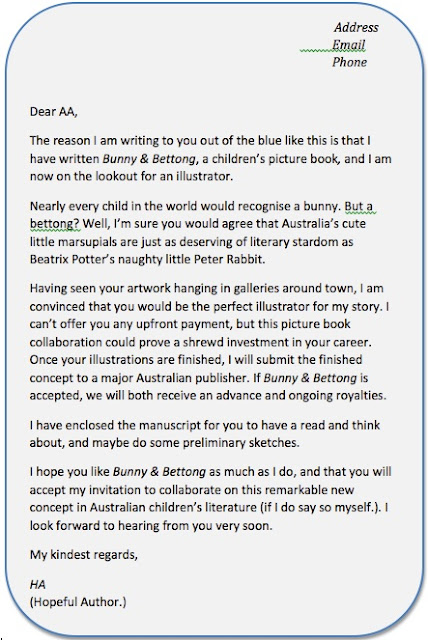 HOLD IT RIGHT THERE!

Before dropping that letter into AA’s letter box, here are some issues to consider.

The ethics of asking an artist to work for no pay

A virtual mountain of picture book manuscripts are written in Australia every year. Imagine the mountain. Now picture a small rocky cairn at the summit. The cairn represents the relative number of children’s manuscripts that will receive a royalty-based contract in Australia every year.
Asking AA to provide a dozen or more illustrations without payment is the moral equivalent of taking your car to a garage because your brakes need fixing and saying, ‘I can’t afford to pay you right now, but I’ve just bought a Tatts ticket. If I win I will share my winnings with you.’
Your text may not be good enough to attract a publication contract. And major publishers choose their illustrators from their stable of experienced and award-winning illustrators. AA’s artwork may not fit their house style. And just because AA can paint doesn’t mean she can illustrate. Can she storyboard a picture book, finding the right fit for the text and images? Does she know what a gutter is in a picture book, and how to avoid it or work around it?
When you submit an unsolicited manuscript you are asking the publisher to invest thousands of dollars in editing, design, printing and marketing your creative work. To stay solvent and, better still, turn a profit in this alarmingly volatile industry, publishers are risk-averse, preferring to invest in tried and true winners rather than rank outsiders. That’s not to say a publisher will never contract a newbie author and illustrator team; but Bunny & Bettong would have to dazzle the socks off them first, and/or fit an identified publishing niche.
So, knowing this, you’re still keen on AA illustrating Bunny & Bettong. How can you be fair to AA and see your book illustrated by the artist of your choice? Here’s how.
OFFER TO PAY AA FOR CONCEPT ILLUSTRATIONS
AA will be far more willing to collaborate on the story if you offered to pay her for 1-3 concept illustrations. Then you can submit your text and concept illustration/s, with a recommendation that the publisher consider AA as a possible illustrator.

BUT BEFORE YOU APPROACH AA, CONSIDER

Is your text good enough for publication?
Publishers rarely reveal why they reject a manuscript; they are far too busy publishing their chosen manuscripts than to enter into dialogue with disgruntled authors. They might even think Bunny & Bettong is a corker of a story, but they have just contracted Squirrel and Potoroo, which deals with similar themes. They probably won’t tell you that, though.
Do your research.
When was the last time you read a modern Australian picture book? The CBCA awards are a great place to start, as are the winners and shortlists of other children’s book awards. Check out the shortlists over the years. Go to the children’s section of the State Library. Go to bookstores and read, read, read within this genre. Support the industry by buying children’s books. Check out the formatting. Themes and story structures, and how the text interacts with the pictures.
Invest in yourself.
Attend a workshop in picture book making
Author illustrator, Christina Booth, offers picture book workshops for adult writers and illustrators.
Join SCBWI
The Society of Children’s Book Writersand Illustrators (SCBWI) is an international professional organisation for writers and illustrators of children’s literature. You don’t need to be published to join, just serious about developing your career. SCBWI also runs peer critique groups and organises industry conferences and publisher assessment opportunities.
Join CWILLS
Children’sWriters and Illustrators (CWILLs) is a coffee networking group that generally meets at the State Cinema restaurant in North Hobart at 5pm on the Third Tuesday of every month. Contact Gay McKinnon.
Join the Tasmanian Writers Centre
Subscribe to industry networking e-zines
I recommend Buzz Words and Pass It On.
Get your manuscript critiqued or assessed
Some TAS-based services are,
* Affordable Manuscripts, Sally Odgers
* Christina Booth
* Tasmanian Writers Centre’s assessment service

Of my ten published children’s books, eight of the illustrators have been chosen by the publishers. But I have also had the good fortune of collaborating with three gifted Tasmanian artists. Here are the circumstances. 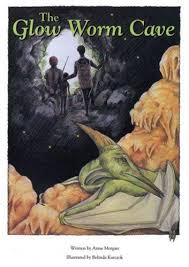 This was my first published picture story, published in 1999. Aboriginal Studies Press had emailed to say they liked my text and suggested I find an indigenous illustrator, then submit a fully illustrated concept. I found an indigenous illustrator who, for reasons beyond her control, eventually pulled out of the project. I then came across the remarkable artwork of Belinda Kurczok, who was then only 17. I invited Belinda to supply concept illustrations to the publisher. Belinda’s illustrations won her a contract with Aboriginal Studies Press, despite the fact that neither of us are indigenous. The Glow Worm Cave was shortlisted for the Environmental Children’s Book of the Year 2000. 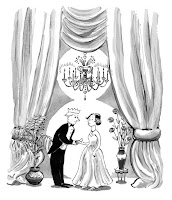 The Smallest Carbon Footprint in the Land & Other Ecotales (2013)

I met Gay McKinnon at CWILLS some years ago (Book Chooks in those days). Gay impressed me with her artistic talent and her dedication to developing her new career as a children’s book creator. At that stage she was still seeking her first publication contract. David Reiter, publisher at IP Kidz, had expressed interest in my manuscript of recycled eco fairy tales. After discussions with David, I asked Gay if she was interested in submitting concept illustrations. Gay was awarded an illustration contract, and the Ecotales became a joint winner of the Environment Children’s Book of the Year (Junior Fiction) in 2014. 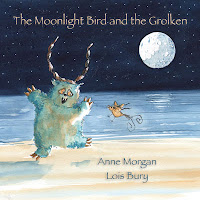 The Moonlight Bird and the Grolken (2016)

IP Kidz offered me a contract for this picture book in 2014. I recommended Lois Bury, another talented, but then unpublished CWILLS member. Lois submitted concept illustrations and was awarded a contract, and the book was published.

THERE ARE NO HARD AND FAST RULES IN THIS INDUSTRY. SOME PUBLISHERS DO CONSIDER PICTURE BOOK COLLABORATIONS BETWEEN AUTHORS AND ILLUSTRATORS. BUT BEFORE APPROACHING AA...

Do your research and invest in yourself. When your text is as good as it can be, you can approach AA with a letter of support from a publisher for the manuscript, and/or an offer to pay for concept illustrations.

For information on publishers, agents, submission letters, and other useful publishing advice, subscribe to the Australian Writers Marketplace online database.
If Bunny & Bettong doesn’t attract a royalty-paying contract, and you still have faith in your manuscript, there are other publishing options these days. You could try a partner publishing deal with a reputable business like LittleSteps.
Another popular option is self-publishing – but do be fair to your illustrator. Agree on a fair remuneration for AA. Then draw up a formal memorandum of understanding specifying ownership of copyrights and financial details of the collaboration. Then draw up your marketing and distribution plan.
Good luck with your writing.
Anne 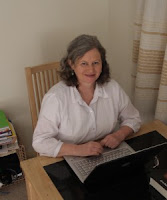 Anne has an adventure a day at Adventure Bay, Bruny Island. She trained as an English, Drama and biology teacher and has a PhD in Writing from Edith Cowan University and a Master of Education Degree from the University of Tasmania. Her children’s books include the Captain Clawbeak series (Penguin Random House). The Smallest Carbon Footprint in the Land & other Ecotales, illustrated by Gay McKinnon, was a joint winner of the Environmental Children’s Book of the Year, 2014. Her most recent picture book is The Moonlight Bird and the Grolken, illustrated by Lois Bury. Her next title, Francie Fox, is being developed as an interactive e-book for Virgin Airlines.
Anne is the Coordinator for the Tasmanian chapter of SCBWI. Her website is www.annemorgan.com.au.
Posted by CBCA Tasmania at 18:16