Many who watched the screenings of the film of Nan Chauncy’s They found a cave would, like me, have suffered a bit of nostalgia. I, like Nan Chauncy, left England as a child to live in Tasmania, in my case in Stanley where my father was the Anglican minister. It was a culture shock coming from a place which resembled a slightly middle class set of “Call the Mid Wife” to a rural out post.

None the less, we children survived and our life was unexpectedly intellectually rich. There was the Lady Clark Memorial Library. I was an avid borrower of the likes of Geoffrey Trease, Henry Treece (confusing homophonic) and Rosemary Sutcliffe. I also had subscriptions to the Lion  and Eagle . Friends avidly swapped their reading matter. Oddly enough this richness disappeared when I was sent away to boarding school in Launceston to “better” my education. 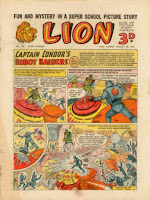 According to research, non-fiction reading is declining. Children, particularly boys, had a much better general knowledge.  When I asked Child Care students at TAFE, in the context of caesarean births, “Who was Julius Caesar”? None knew, and one asked “Who was she?” Why does this sort of knowledge matter to reading? The best exposition I have seen is E.D. Hirsh (2003) Reading comprehension requires knowledge.

Stories make no sense without knowledge. Parents tell the story of the boy who cried wolf to explain why consistent false alarms are bad. But without knowledge of wolves and their relationship to sheep the story has no meaning. As a child I had never seen a wolf, in fact even now I have not, but I knew the meaning of the story at a very young age.  As recently as this week, I heard about a high school student who when viewing a library display had to ask “what is a refugee”.


But perhaps there can be too much general knowledge which might not help the story. In the film “They found a cave” there are numerous continuity problems. One of these is common to all films featuring horse drawn vehicles, which show two ruts on a road (made by cars). In Stanley, I used to help feed Mr MacGregor’s cows from a horse drawn cart; I have a vivid memory of staring at the horse’s bum and its hooves pounding a third rut in the middle of the road.
Richard Pickup
CBCA Tas President, reader, runner & former librarian
Posted by CBCA Tasmania at 00:43