Are you are great reader of blogs and book reviews? Do you use these tools to help choose the books you want to read?

I certainly do and one of my favourites is Reading Time. For the past 12 months or so, Reading Time has been freely available online, replacing the long-running print version which was so widely respected as a review tool for (mainly) Australian books. The online version is no different, so if you haven’t already subscribed, do yourself a favour and do it today. All you need is your email address and you will receive regular postings.  If you want to check what’s been recently reviewed there are several paths which can be followed to find your favourite category.

Here are a few of my recent readings, not all of them Australian. I have chosen ones which were not reviewed in Reading Time – there’s no point in duplicating such a great resource.

The Scandalous Sisterhood of Prickwillow Place by Julia Berry
Set in the Victorian period, the seven students at St Ethelreda’s School for Girls find themselves in a race against time when their headmistress and her brother are poisoned at the lunch table. None of the girls wants to return home, so with deception, farcical situations and amazing coincidences, they manage to conceal the event from the village before identifying the killer. Good characterisation and lots of laughs, both out loud and internal smirks. I enjoyed this book, though I think perhaps it is a book for adults rather than its target audience of middle school. 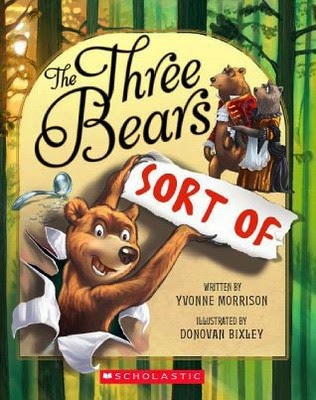 The three bears … sort of by Yvonne Morrison, illustrated by Donovan Bixley
Another story about the three bears? Well, yes. But not quite as traditionally told. This time there is an extra voice: a questioning one who keeps asking how and why things happened. And on the way, the reader learns a lot more about the habits of bears as well as developing visual perception both within the book itself and in the world at large. It was great and I look forward to finding more titles by this New Zealand combination.

Orphan Train by Christina Baker Kline
This is a dual narrative: one thread is Vivian’s and the other is Molly’s. Vivian’s story is based on factual events. She, like lots of other children at the time, was an orphan sent from New York by train to be adopted by a family in the mid-west of the USA.  Molly is a modern recalcitrant teenager, doing community service rather than detention, helping clean up Vivian’s attic and the two find that they have more in common than their age differences would suggest. The novel is at times over-written, which does it a disservice, but the subject matter keeps the book on track.

Nona and Me by Clare Atkins
Rosie and Nona are ‘sisters’ because of their long-standing family connections despite their ethnic differences. They are inseparable till Nona moves away when the girls are 9. When she returns, years later, life is no longer the same.  Rosie is focussed on the town, her boyfriend and peer pressures intrude. She sees all the faults of her home environment in Yirrkala and has to make a choice between her ties to her community and her love for Nick. Why can’t she have both? This is a great discussion book with strong themes of racism, friendship, peer pressure and family/kinship/community.