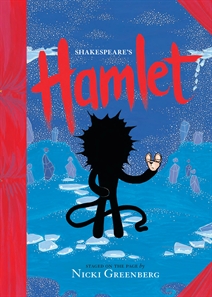 Christopher Bantick, in the Mercury 23 August, went into quite a rant about the CBCA judges selecting Nicki Greenwood’s Hamlet as joint winner of the Picture Book of the Year category. Bantick’s burning concerns were two-fold:


In the first instance:  ‘mums’, as the Mercury headline to my letter points out, are ‘not that silly’. They are not going to pick an enormous, visually complex & expensive tome off the shelf, flick through it and conclude that ‘baby might like this’. They will go to the picture book shelves and/or seek the advice of a good bookseller. Or they might refer to the CBCA Book of the Year: Early Childhood list, from which they will find a wealth of suitable titles, including Lester’s Noni the Pony and Niland’s It’s Bedtime William as well as the very deserving Winner and Honour Books in that category. My absolute favourite is Maudie and Bear, by Jan Omerod and Freya Blackwood.

Secondly, CBCA does badge its categories for the Awards and the Picture Book category clearly states ‘Some books may be for mature readers’.

Bantick is obviously out of touch with developments over at least the last ten years, in which ‘picture books’ have broadened from ‘books for the very young’ to include sophisticated works in which literary and artistic unity is achieved, and which are worthy of serious study by young people in secondary schooling. Hence the establishment of two categories – ‘Early Childhood’ and ‘Picture Book Award’. 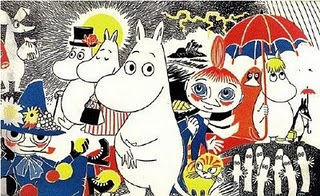 Perhaps the image accompanying Bantick’s article gives us a clue – although, to be fair, he may not have chosen it. The image is of a delightfully privileged-looking mother, with two squeaky clean blonde children, reading a book from the Moomintroll series published in Finland and Sweden. Moomintroll is beloved worldwide but it’s an odd choice for an article castigating the Children’s Book Council of Australia (also, note from Kate, I wonder if Bantick has seen this wonderful blog post about sexuality in the Moomintroll series http://www.tor.com/blogs/2010/05/tove-jaanson-out-of-the-closet).

The merits of Hamlet, the graphic novel for adolescents and beyond, can and should be debated. Debate about books for children and young people is healthy and informed choice is very much encouraged.
But, it really does pay to get on top of your subject matter before you attack an organisation as prestigious and hard-working as the Children’s Book Council.
Posted by CBCA Tasmania at 16:00