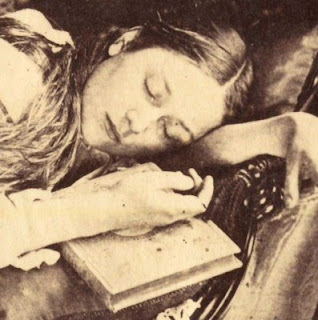 I asked the CBCA executive on Friday what book they had planned to read over the weekend.

Note, I asked for a book. Singular. Just one.

But, on Monday, our secretary - Nella Pickup - emailed me her weekend reads. Nella is a dedicated lover of children's literature and children's expert at a local bookshop. The reason she's an expert? Um, see below!

This is what Nella got up to at the weekend:

The title caught my eye - my children had enjoyed their days at Bungawitta Child Care Centre.  A warm and humorous tale about Aussie spirit.  The town has 12 inhabitants because drought has driven everyone away.  How does the town survive – by bringing tourists for the Bungawitta Earth Sculpture Festival.  Craig Smith’s trademark illustrations add to the fun.  (Mid- upper primary school)

I had previously enjoyed Genesis – a science fiction book about Anaximander, a student who is facing Examiners, who will question her about The life and times of Adam Forde, 2058 - 2077. Adam had been born shortly after The Final War which engulfed the world in plague. An isolationist republic had been created where ships, aircraft and any approaching refugees were all destroyed on sight.  Adam became a popular hero by rebelling against the rigid rules and saving the life of a young refugee. In prison, Adam was forced to converse with a robot, Art, as part of its development.  Since Adam’s death, there have been changes, but it is only in the powerful and moving finale that the reader realises that the novel is also a thought experiment. (14+)

With August, Beckett has created a similar experiment. The book opens with Tristan and Grace trapped upside down in a car teetering on a cliff.  They are seriously injured and don’t know if the car can be seen from the road. Tristan and Grace don’t know each other but their lives have crossed many times.  As they tell each other about themselves, the book becomes a philosophical discussion about the Christian (Augustinian) perspective of free will.  And there was my disappointment.  The philosophy lesson was too close to the agonies I lived through at school but more importantly it slowed the plot and the horrific truth behind their situation. (Adult)

The book is a three layer experience.  The writer has to balance her life (including tea and cake), her concerns about the state of the world and her writing.  The Reader is Nova, a girl who is being bullied at school, whinges about her ever present mother and her constantly disappearing father.  The fairytale is about Glory - a girl from a poor family who is unaware she is the subject of a deadly curse until she arrives at a palace to work as maid to sulky Princess Mirabella.  Highly recommended. (12+)  Thanks to my friend Maureen for suggesting this.

Another Guido Brunetti mystery for those who enjoy books set in Venice with a police inspector who loves his wife, his family, his city and his food.

Story of two women who live next door to each other. The young one, a writer, is grieving over the death of her lover.  The old woman has isolated herself from other human beings.  As their relationship develops we learn about the two women, both motherless and childless.  A quiet novel with beautifully crafted passages."

Nella also told me I shouldn't read in the car (I did my weekend reading - a pale shadow of Nella's achievement), in the car on the way to Stewart's Bay). She said I should listen to audiobooks so my husband can "read along". From now on, I will take any piece of reading advice Nella provides. She truly is a reading superstar!
Posted by CBCA Tasmania at 21:19