This week, guest blogger Lian Tanner, provides some insights into her writing craft and passions with a special focus on her latest endeavour that has expanded her repertoire. Read on and be introduced to a most amazing chook called Clara.

For the last ten years or so, I’ve seen myself almost exclusively as a writer of fantasy trilogies for children. All my novels have been set in the past or the future, in imaginary worlds populated by brizzlehounds and idle-cats, or mechanical rats and anti-machinist fanatics. 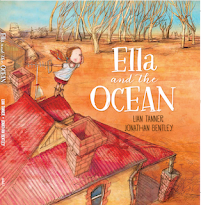 Now, that has changed. I've got a picture book under my belt in the form of Ella and the Ocean (illustrated by Jonathan Bentley), which won the Patricia Wrightson Prize for Children's Literature as part of the 2020 NSW Premier's Awards. 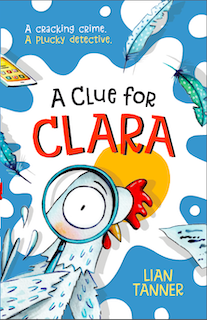 Plus A Clue for Clara, a stand-alone contemporary novel about a chook who wants to be a detective.

The picture book had been cooking in the back of my mind for quite a while. But the stand-alone contemporary novel? That was a surprise – and yet the seeds had been there for the last few years.

I’ve always loved the trilogy format. As a writer, I stumbled into it more or less by accident when I came to the end of Museum of Thieves and realised that I couldn't bear to walk away from Goldie, Toadspit and the museum. Not yet.

Trilogies have allowed me so much space to explore my characters. There’s an emotional arc for each book, but there’s also a wonderfully long arc from the beginning of the first book to the end of the third, and working out how to deal with those two different frameworks has been a challenging and fascinating process.

Then there’s the bonus of not having to invent a whole new world and new characters for the second and third books – instead I could come back to the same characters, and greet them as old friends. 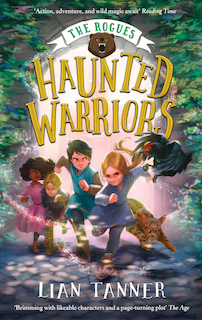 But there were a couple of downsides to writing trilogies. For a start, they took so long. While I was writing The Rogues Trilogy, ideas for new books seemed to come flooding in on a weekly basis, and some of them were so appealing that I wanted to throw everything else aside and get started.

But I was in the middle of writing a trilogy, which meant it was at least two or three years before I could devote myself to anything else.

And then there’s the fact that, while trilogies are wonderful for confident readers who want to immerse themselves in a different world, there are many more kids who are put off by the sheer length of them.

So when The Rogues was done, I set out to write a standalone book. I was looking for a story that was shorter than my usual books, and more accessible. Something contemporary. And funny.

Like … a detective story starring a small, scruffy chook.

I already knew that I liked writing about chooks. One of my favourite characters in The Rogues was a chook – on the surface at least. (She was really an ancient sorceress who had gotten caught up in one of her own spells.)

And few years ago, I had three chooks living in my back garden. Clara was the smallest of the three, but she was also the smartest and the bravest. She was always the first one to spot a nest of earwigs, or something interesting in the compost heap. And when my cat Harry came too close, she would stare at him until he crept away with his ears flat and his tail twitching.

I'm still not sure where the idea of her desperately wanting to be a detective came from, and to be honest, I wasn't sure if I could pull it off. I knew how to write long form fantasy; what if I couldn't make the switch?

But the idea had lodged inside me, as the best ideas do, and before I knew it this sweet, funny character was keeping a diary and putting her own idiosyncratic interpretations on the human world.

And so, A Clue for Clara was born.

In the end, it turned out to be the most fun I’ve ever had writing. I very much hope that people will have just as much fun reading it.

Editor’s note: One for the diary – A Clue for Clara is being launched at the Hobart Bookshop on Sunday September 20 at 11:00 am. If you are in Hobart, it would be well worth the visit to Salamanca Place.