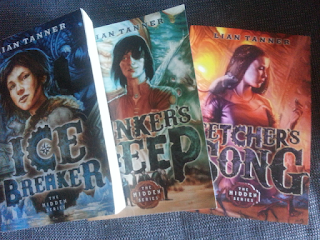 Posted by CBCA Tasmania at 19:51 No comments:

Patsy Jones recalls the place of the Moomins in children's literature and their return to the book shelves for a new generation of readers to enjoy.

Recently, as I was browsing in one of Hobart’s bookshops, my eye was caught by a name I remembered – Tove Jansson. I remembered her as the author of a series of children’s books about the Moomins, of which my daughter had been a great fan. Somehow or other I had never been captivated by these books as my daughter had, but it seemed as if it was time to consider their impact on a grandmother……

Tove, born in Finland in 1914, lived through two European wars and great changes in her homeland. At the time of her birth the Grand Duchy of Finland was a part of the Russian Empire, but through the twentieth century became an independent nation-state. Tove’s family belonged to the part of the Finnish population that were Swedish-speaking, so her books were first published in Swedish (the Finnish language is linked with the Hungarian language rather than Scandinavian languages).

Tove was highly regarded as a writer, not just in Finland and Scandinavia, but by the world. She was awarded the Hans Christian Andersen Award gold medal for writing in 1966, and in 2004 she featured on the Finnish Children’s Culture commemorative coin.

The first Moomin book was The Moomins and the great flood, published in Swedish in 1945 but only recently published in English. It appears to have the characteristics of many initial books in a series, not enjoying the great popularity of later books about Moomins, most of which were published in English by Puffin, soon after their initial publication in Swedish, and which my daughter read with enthusiasm.

The publisher of this first book, Sort of Books, has also published Sculptor’s daughter: A childhood memoir. This, published in Swedish in 1968, contains several short stories and was written ‘specifically for adults rather than children’ according to the introduction by Ali Smith, and initiated Tove’s move to adult fiction.

Editor's note: Tove Jansson is also recognised for her pioneer work as a female comic book artist and a new animation series is on the storyboard.

Posted by CBCA Tasmania at 22:09 No comments:

How do we really know what children want to read?

During my career as a teacher, I have often bought books for my students to read. Yes, the library at school can purchase the books but I have bought them in response to conversations we have had about their book interests and the books stay in our classroom for them to access all the time. I have also bought books knowing that they will only appeal to one or two students and therefore would not be purchased by our library because the material had such a limited audience. So, having bought many books for my students over the years, I would like to think that I have a fairly good idea of children’s reading preferences.

This brings me to the wider question that when a book is being commissioned or published, who decides what children want to read? Is it the publishers in response to the talent of the writers they promote with their preferences for genre and content or the requirement to fulfil a contract with another story? Is it the authors who have children and/or work with children and think they know what will engage a reader or just write about topics that interest them but pitch it at a younger audience? Perhaps it is current events, such as the focus on the Gallipoli centenary last year that led to saturation levels of children’s books on World War 1 being printed? Do teachers and parents make these decisions based on their childhood favourites ensuring ‘Snugglepot and Cuddlepie’ remains in print? Are the interests and needs of readers being directed by everyone except the children themselves?

Last year I had my Year 5 students write a fairy tale for an audience and they chose the Kindergarten students. Despite my suggestions and encouragement to speak to their audience, they wrote away merrily without ever having spoken to a student from their target audience nor did they spend time reading books the Kindergarten students borrowed from the library, so they could develop a picture of their preferences, i.e., get to know their audience.

When they gave me their stories to read I said that before I marked them they needed to do a final edit after reading their story to a Kindergarten student. They did this and the results were illuminating. Rather than the younger students just saying the story the older student read to them was good, they were quite eloquent in what really mattered to them. In fact, one student became so loquacious that the older student had to get a pencil and pad to make notes.

The feedback the Kindergarten students gave to the older authors ranged from: “The story is okay but the sentences are not very interesting.” and “The trees don’t look the same as the story sounds. They need more leaves.” to “I really liked the story but you have too much white on the page around the pictures.” Needless to say, there was much rewriting (and colouring-in) at a frantic pace.

I wonder if my classroom experience mirrors the big, wide world.

Helen Rothwell is a primary school teacher.
Posted by CBCA Tasmania at 21:37 No comments:

Recent readings of New Scientist have inspired, and perhaps excused, this week’s blogger Nella, from some reading habits that she connects too.

Lesson One:  The power of stories
“The irresistible lure of the con artist” by Maria Konnikova New Scientist 23 Jan 16 pp28-41

In our social media driven world where personal stories are shared globally, Konnikova considers what drives fraudsters to like at the expense of others. To quote:
“Nothing compels us so receptivity quite like an emotional, relatable narrative.”
“A good story consistently blurs our judgement.”
The article explains how a strong relationship between trust, intelligence, health and happiness is more likely to see someone fall victim to a fraud (e.g. disgraced blogger Belle Gibson). It also explains that the more someone is absorbed in a story, the fewer false notes are noticed.

Recently I’ve been involved in discussions about specific books. I noticed that I identified more with characters with Greek/Lebanese/Chinese backgrounds than my colleagues. I could admit that reflected my own NESB, but I couldn’t really discern how much that “bias” made me miss any flaws in the writing. A win to “relatable narrative”. 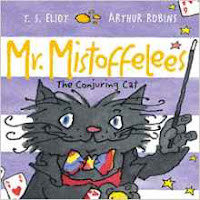 Burrell argues that you can make a habit of anything if  you leave your brain on autopilot.
“Willpower comes in limited supply, and gets used up during the day.”
That’s the best excuse I’ve had for purchasing books – willpower quotient for the day had been used up!
Some examples of “depleted willpower” purchasing follow.

Nella Pickup
Reader and book buyer.
Posted by CBCA Tasmania at 21:33 No comments: