I have been reading Pieces of light: the new science of memory by Charles Fernyhough.  It is one of the oddities of life that I happened to be reading a book about something that subsequently became important.  My father is 96 and his short term memory is not what it was. When discussing something that occurred a year ago, he can remember it quite well; however, any explanation about the current status of that matter has to be repeated so many times we end up with sore throats.

If put on the spot and not given the chance to reflect, many people would describe memory as a sort of video recording. On reflection, this is nowhere near the truth.  I, probably like most people, can remember my first day at school. However, who can remember anything about the 7th or 15th or any of the hundreds of nondescript days of our schooling. To tell the truth, I do not remember the first day at school. I only really remember going home at lunchtime and the fuss I caused because I was supposed to have lunch at school.
One of my recent duties for my father has been to construct a time line. It is surprisingly difficult. Mostly it depended on events coinciding with other events with known dates e.g. niece’s weddings, did it happen in the old car or the new etc.
However, true remembering is best explained by Mem Fox in Wilfred Gordon McDonald Partridge (Scholastic). Memories are as Miss Mitchell explains “something that make you laugh, my darling” or Mr Tippet says “something that makes you cry, my boy” and to Mr Drysdale “are precious as gold”.

Emotions are the handle by which you catch those memories time and time again. Photos and other memorabilia enable the memories to be reinforced (and sometimes invented).  When Dad looked at the photo of himself and me taken at least 60 years ago (my dad is the one on the right) he could tell me how important the hat was to me yet I have no recall at all. The sad thing to me is that though I read Wilfred Gordon McDonald Partridge to my children many times I did not really understand its message until now.

Richard Pickup
Posted by CBCA Tasmania at 18:04 No comments:

So you want to be a wizard?

A ten-year-old grandchild and I have been reading Sage Blackwood’s book Jinx the wizard’s apprentice, both of us with great enjoyment.  The cover indicates it’s a new series, and I look forward to the sequels.  It’s a story which references some of the well-known and not-so-well-known European myths – there’s a witch who travels by butter-churn (though her churn can’t possibly be the same as the one I had to use to help my mother make the butter – ours would not have bounced along leaving single indentations in the track, for one thing!), and a little girl who wears a red cloak and hood on her way to visit her grandmother…..

But it set me thinking about several books I’ve read in the last few years about wizards and their apprentices.  So I found my copy of Volume I of the Flaxfield Quartet, Dragonborn, by Toby Forward, and my copy of Hilari Bell’s The wizard test, and have spent some hours dipping into them to remind myself of their stories.  Actually, Toby’s final volume of the series is not yet out (look for it in September 2013), and it’s such a complex tale that I’ll have to read the others again (perhaps if I start with Dragonborn in late July?) to get myself ready for the final title.

If you’d like to be apprenticed to a wizard, it will help if you know how the

three heroes (yes, sorry, they’re all boys) Jinx, Dayven (The wizard test), and Sam (Flaxfield, of course) even got to be noticed as potential wizards.  Well, it seems to be a matter of luck.  Jinx was abandoned in the Urwald (a magical wood) by his uncaring guardians and rescued by a wizard (Simon) whom he met on the path; he recognised the ‘ripples of magic’ pouring off the man – that’s one way to be noticed.  Dayven’s community routinely tested all boys on their fourteenth birthday; and Sam was ‘adopted’ at the age of three by Flaxfield who recognised the magic he had inside him (but that’s all we’re told).

How does the initial recognition move to an apprenticeship?  For Sam, three years after his ‘adoption’ he was offered a contract to sign – as an apprentice, for twelve years he would learn everything Flaxfield knew, and could then go out and work for himself.  Dayven’s power was recognised during his test; he refused to be a wizard initially but after working with Reddick, his assigned tutor, and learning many things besides spells, he realised that being a wizard was his future.  And Jinx?  He was saved from the trolls by Simon, then accepted Simon’s offer of a home and employment – he didn’t have much choice, did he?

All three of these apprentices were fortunate in their masters and were treated with care and respect, with suitable tasks and teaching.  No doubt some stories tell of evil and sadistic masters   – and Sam and Jinx witnessed and experienced some examples of these at various times. Sam was particularly unfortunate, as kindly Flaxfield died halfway through his apprenticeship, and he had to seek a new master.

If you haven’t read any of these, do make a start – Jinx is particularly enjoyable and approachable for upper primary, lower secondary children who enjoy fantasy.  The Flaxfield books are complex – their chronology is not consecutive so they present a challenge to young readers.  Perhaps Volume 4, Starborn, will clarify the series.  And Hilari Bell has provided quite a short but nonetheless interesting story with The wizard test.

Jasmine’s comments on Jinx the wizard’s apprentice
I liked Jinx because it has lots of adventure, and it also is the type of book I enjoy.  I think it is a great book for people around my age, but it is good for all ages.  I also like it because it was about magic, wizards, and witches – they are the kind of things I like reading.

Patsy Jones
Posted by CBCA Tasmania at 23:44 No comments:

Appreciating picture books... and why adults should read them

As an adult without regular access to young children, I don't tend to read many picture books, even though I appreciate the amount of work that goes into them and the amazing talent of our authors and illustrators.

But over the past couple of years I've acquired several very different picture books which I have not only enjoyed, but which have stayed with me. No doubt many of you will have read them too, but I thought they were worth a reminder.

One Small Island by Alison Lester and Coral Tulloch details the history, environment, nature, issues and solutions for Macquarie Island and is complemented by a huge variety of factual and interesting illustrations. I learned so much. 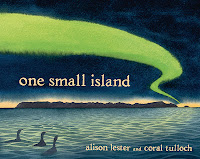 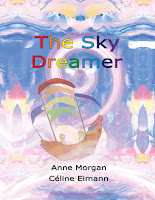 Anne Morgan's book The Sky Dreamer deals with childhood loss in a sensitive and caring  way and Celine Eimann's illustrations enhance the ethereal quality of the story. Children or adults suffering from grief would benefit from reading this moving story. And for someone who has been learning French for several years, I appreciated the French translation as well. 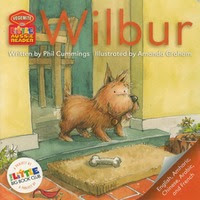 Wilbur, written by Phil Cummings and illustrated beautifully by Amanda Graham, is a very simple rhyming story about a little dog. But it is unique, because the text is provided in several different languages in each printing. My version is written in English, Dinka, Hindi, Khmer and Nuer - what a resource for adults to use with their children.

American author, illustrator and film maker William Joyce and inspired his Academy Award winning short film. It’s a wonderful yet simple story about books and acceptance and the illustrations are, well, fantastic. I have read this book again and again.

Picture books may primarily be the domain of children, but I for one will continue to read and enjoy them as an adult!

Penny Garnsworthy
Posted by CBCA Tasmania at 21:51 No comments: 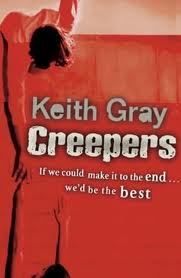 Lyndon’s blog last week spoke about the many dysfunctional parents in YA literature. While he was writing I was at Reading Matters listening to similar discussions. There are many bloggers who have written full and informative reports so I won’t try to reproduce those blogs. Instead, some random comments (in random order) sparked by the many wonderful and some not so wonderful discussions over the two days.


First the not so wonderful:
Among the wonderful: 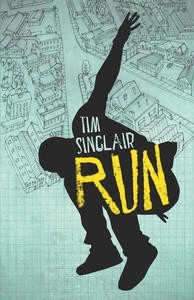 And now to read some the rest.

Posted by CBCA Tasmania at 16:23 No comments:

Mum? Dad? What's with all the dysfunctional parents?

I have been noting in my judge’s talks over the last couple of weeks the way that adults become increasingly fallible as you move up the age ranges of children’s literature. In early childhood offerings, parents are almost universally loving, authoritarian and righteous. As we move up the ranks they - and all adult figures of authority around them, including teachers – are increasingly quirky, useless and broken.


Firstly, I wonder if there is a connection between the buyer and the product here. After all, if I’m purchasing a picture book for my children (we’re dealing in the realm of the hypothetical here!) I’m unlikely to choose one called My Weird Lying Dad. Similarly, a good teen reader is probably not going to be hugely enthused by a novel in which a sweet old granny tells her granddaughter exactly what to do at every point and is immediately obeyed. But at the same time, what are the implications here?


It’s a repeated theme in literature to kill the parents off and let the orphaned children roam free. Parents are a drag; they have too many rules and too much control to come along on a real adventure in which the children are at the centre. But in modern YA it’s far more likely that the parents are present and are instead indifferent: they have demanding and consuming jobs, drinking problems, or they are out all the time. 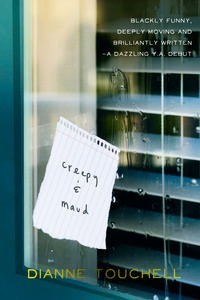 One of the common criticisms that I’ve heard about the shortlisted Creepy & Maud by Dianne Touchell is the complete lack of a functional adult support network for the very damaged main characters. Is it – it has been asked – okay to represent this as common, or even normal? It’s a complicated issue, and I don’t pretend to have the answer. I think on one level a book is not a tool to give moral guidance. Certainly there are functional adults in the world, but the reader may not be one of those lucky enough to be surrounded by them, and there may be comfort in recognising that characters can find hope without them. At the same time, it is always nice to have at least one character that can be of genuine value to our protagonists. What a sad thing a world without a single worthy adult in it can be.


There is only one thing that I know for sure, it’s not over. YA readers aren’t stupid – they know that sometimes adults fail them, and fail them in terrible and damaging ways. The dysfunctional parents are here to stay. When they’re around, anyway.


Lyndon Riggall
Posted by CBCA Tasmania at 18:29 No comments: