Eve Pownall – The Person, the Prestigious Award & the Short List

Have you ever wondered who Eve Pownall was and why CBCA named an award for informational texts after her? Leanne provides background information on this special award that celebrates quality information writing and provides teasers on each of the six shortlisted titles for 2020.
Marjorie Evelyn Pownall was born on 12 January 1902 at Kings Cross, Sydney. Eve was a meticulous researcher, avid reader, and prolific writer. Her first major work was a social history for children, The Australia Book (1952), which was named by the Children’s Book Council as best book of the year.
She wrote Mary of Maranoa: Tales of Australian Pioneer Women (1959) and Australian Pioneer Women (1975). To research The Thirsty Land: Harnessing Australia’s Water Resources (1967) and The Singing Wire: The Story of the Overland Telegraph (1973), she drove to the outback. Eve organised ‘libraries in a box’ in New South Wales and presented educational programs on ABC radio.
Contribution to CBCA
A crusader for children’s literature, she was an early supporter of the New South Wales group that became the Children’s Book Council (of Australia). She helped to establish its journal Reading Time and the annual award for the children’s book of the year, and compiled a history, The Children’s Book Council in Australia: 1945-1980. In December 1977 Eve was appointed MBE and in 1981 she was the first recipient of the Lady Cutler award for distinguished service to children’s literature in New South Wales.
The importance of the Eve Pownall Award is presented in an article by Helen Adam (2015 Judge) in Reading Time:
[The Award], “gives birth to a delightful challenge to authors and illustrators: to present information – educational material – in a way that brings to life this world of ours, times past, current matters, scientific and social understandings in a way that illuminates our world and leads readers to a deeper understanding of this world, and their own place and significance in it.”
2020 Eve Pownall Shortlist 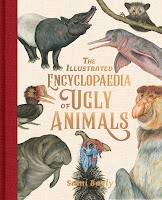 The Illustrated Encyclopedia of Ugly Animals – Sami Bayly
The well-researched information highlights some unusual, highly adapted species that have evolved to have unique but rather unattractive features, many species of which are highly threatened. Each animal is featured with information sorted into logical areas of interest, including description, habitat, and diet. 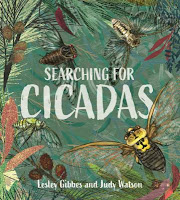 Searching for Cicadas – Lesley Gibbes & Judy Watson
A view into the world of the cicada, this stunning picture book engages and informs young readers through its unique melding of fact and storytelling. The story is about a child and a grandparent exploring the bush together, marvelling at the wonders of nature whilst listening for cicada calls and conducting their careful search. 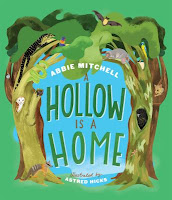 A Hollow is a Home – Abbie Mitchell & Astred Hicks
An exploration of tree hollows and the creatures that call them home. Scientific information is presented in a simple and accessible way, with concepts and terminology well defined and explained. The book is a fun and informative peek into a hidden, yet vital part of nature. 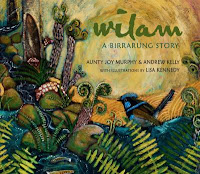 Wilam: A Birrarung Story – Aunty Joy Murphy, Andrew Kelly & Lisa Kennedy
Wilam, meaning ‘home’ tells the story of ‘Birrarung’, the Yarra River. Bunjil, the wedge-tailed eagle, creator spirit of the Wurundjeri people, oversees the journey of the Yarra River from the natural habitats at the start of the river down to the urbanised habitats of the bay. 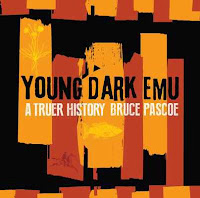 Young Dark Emu: A Truer History – Bruce Pascoe
This book argues that for 80,000 years, Aboriginal people were living in established agricultural societies in managed landscapes, reliant on Aboriginal astronomy. Farming and food supplies were determined by Emu Dreaming, the spaces between the stars of the Milky Way, where the Spirit Emu resides. Pascoe shows how the decimation of Aboriginal people and culture ensured that after 1860 all evidence of any prior complex civilisation was eradicated. 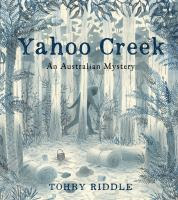 Yahoo Creek: An Australian Mystery – Tohby Riddle
This book explores the mysterious yahoo through newspaper accounts of white settlers, farmers, and their children’s encounters with the 'yahoo', 'hairy man' or 'yowie' from 1847-1944 along the Great Dividing Range. Riddle depicts the yahoo as friendless, bewildered, and frightened, like a wild animal. But children seem to pose no threat to him.

References
Adam, H., 2015. Who was Eve Pownall? Reading Time. http://readingtime.com.au/who-was-eve-pownall/
Eve Pownall Award. Children’s Book Council of Australia.  https://www.cbca.org.au/shortlist-2020
Roberts, J. (2012).Pownall, Marjorie Evelyn (Eve) (1902–1982). Australian dictionary of biography.  National Centre of Biography, Australian National University, http://adb.anu.edu.au/biography/pownall-marjorie-evelyn-eve-15495/text26710
Leanne RandsPresident CBCA Tasmania
Editor’s Note: What a stunning selection this year and very hard to choose a winner. Do you have a favourite? I have three! With just one still to read. In case you missed it, check this detailed coverage of Young Dark Emu in the blog from 2019.
Posted by CBCA Tasmania at 19:19