Janet Grecian lists some ‘must have’ new titles to support Refugee Week. If you have other special recommendations to share with others, please respond to this blog post... 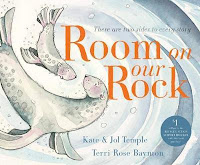 Room on Our Rock Kate Temple, illustrated Terri Rose Baynton, 9781742764108, Scholastic, $25.99
A clever book that can be read front to back, and back to front, each way offering a different take on refugees. Seals are the characters, sure to draw in younger students, who’ll find the message easy to understand: rejection or welcome.  Beautiful washed blue and green illustrations. Ages 5+

$1 per copy sold will go to Refugee Action Support

The children in these three stories are fleeing their homeland – Josef from Nazi Germany, Isabel from Cuba in 1994, Mahmoud from Syria in 2015. The stories alternate chapter by chapter for each child, tracing their danger-filled journeys from day 1 to the end: they are all seeking a refuge, a place to call home, and the drama and pain of their voyages will resonate with upper primary and high school students. Ages 11+
The Day the War Came Nicola Davies, illustrated Rebecca Cobb. 9781406376326. Walker, $24.99 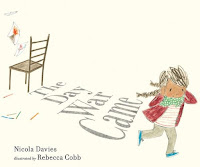 This is a poem by award-winning author Nicola Davies, written after the UK government refused in 2016 to give sanctuary to 3,000 unaccompanied child refugees. A small child, on an ordinary day, family breakfast and school – then war comes, and her familiar life disappears. It’s a beautiful, unsettling book, written with such simplicity and logic, it’s impossible to read and not weep; a marvellous book to raise awareness about the plight of refugees, perfect for empathy about the painful reality, and for explaining issues to young children. And there is hope at the end. The illustrations are striking, in muted colours, and convey as much as the text the power of kindness and its ability to provide hope for a better future. Ages 6+ 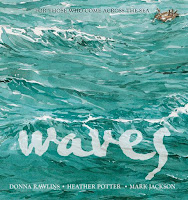 Waves Donna Rawlins, illustrated Mark Jackson and Heather Potter, 9781925381641, Black Dog Books, $27.99
Waves is presented as a non-fiction narrative: it tells the stories of children who have immigrated to Australia for thousands of years: other than indigenous Australians, everyone’s family has come across the waves. Each double-page spread is a child’s diary, starting with the story of Anak – 50,00 years ago – and ending with Abdul, in the 2000s. Pale sea-coloured illustrations, and stunning endpapers with a picture of each immigrant child’s boat to add to the overall impact. Ages 6+ 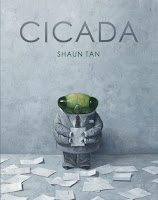 
Another Tan must-have for all school libraries, Cicada can be read on many levels: the unnoticed, overlooked office worker – but I expand that to encompass the theme of refugees. The protagonist is a lonely, friendless figure, spending his life in thankless toil, until at last he is released – whether to death, or to return to his own country we can’t tell.  But the swirling richly- coloured endpaper, in contrast with the sombre preceding pages, promises a better place of some kind. Ages 9+