I commented on a recent blog (Reading Greenlit and more…) ‘at last, a feature on books for children on Green issues!’ though I soon discovered that Greenlit and green issues are not necessarily the same.


The first topic that came to mind under this heading was of course environmental issues, so I checked the LINC catalogue.  I found sixteen titles matching this topic, published from 1995 to 2009.  All were classified as non-fiction, with subject headings such as global warming, environmental policy, conservation of natural resources, and environmental responsibility.  Judging from the size of this collection and its average age, there’s not much demand for this type of book at the LINC.  But I would assume/hope that school libraries would have a much greater range of titles and topics on their shelves. 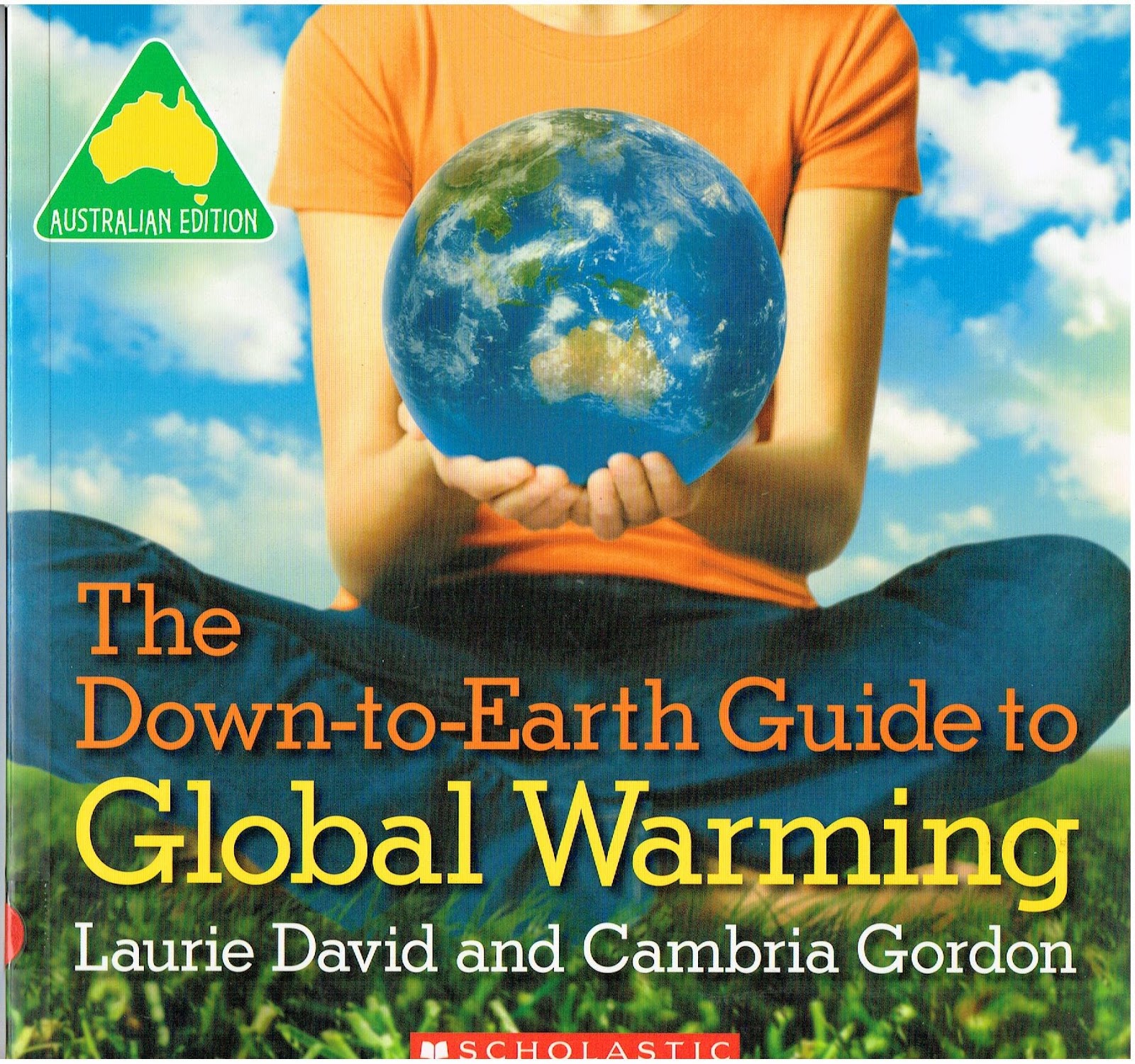 I called in at the Green Shop in Hobart, hoping to find some tiles that would encompass a broader range of green issues than just the environmental.  Here I found an attractive book, aimed at pre-schoolers and early readers, My green day, by Melanie Walsh, published in 2010 by Walker Books.  This has subtle and progressive messages for young children and their carers – the breakfast egg is free-range, Father helps cook the muffins; and there are messages in small type for adults.  Also there I found a copy of the Australian edition of The Down-to-Earth Guide to Global Warming, by Laurie David and Cambria Gordon, published in 2008 by Scholastic.  This is an inviting book, and covers lots of issues that would be of interest to primary school children.

At a commercial bookshop I was offered a good range of activity books and non-fiction books about environmental issues, which I was pleased to see included titles from the Eve Pownall Award shortlist from various years.  I was also able to find the recent publications from the Tasmanian Writers’ Centre, When I was a boy in Sudan and When I was a girl in Sudan which to my mind qualify as green through their social concern for refugees and for deprived children in Africa – for every copy sold in Australia, I understand that a copy is sent to a school in South Sudan as well.


I still had not been offered any fiction which might qualify as green, but when I asked if any was available, I was offered Those eco-pirate kids by Jon Tucker, published by Storm Bay Books in 2014.  This is part of a series, so any child who enjoys it will seek out others in the series, and it claims to be inspired by the Arthur Ransome series set in England.  Not only does the story itself raise environmental issues such as the netting of undersized fish, but it encourages an active lifestyle for children.

A quick look at an Amazon website indicated that I could search by ‘green issues for children’ – that was encouraging!  I was interested to see that the RJ Palacio book, Wonder, was in this group, but there were some rather surprising inclusions as well.


However, it seems that there are green books out there if we are prepared to look for them – but don’t just rely on your local library….