Books that get inside you - by Maureen Mann 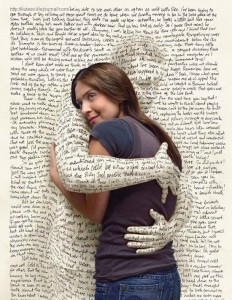 I have read some very contrasting stories over the past few weeks, all but one sourced from my local library. How lucky we are to have such a resource. Now that I am no longer working, I’m finding that I am reading a very eclectic mix: adult, picture books as well as young adult.

So which ones am I going to focus on? All are Young Adult.
Sea Hearts by Margo Lanagan, (thanks to Allen&Unwin 2012for the review copy) builds on the tradition of selkies. It is the story of Misskaella who discovers she has powers over and with the seals which are part of Rollrock Island. She is able to conjure wives for the local men out of the seals. The men are bewitched, she becomes wealthy but though the island appears superficially happy there are undertones of distress everywhere. Lanagan’s writing is beautifully crafted: the story is told through multiple points of view, the language is poetic and the reader builds great empathy for the characters. It’s being marketed as young adult, but many adults are sure to be captivated too.

I followed this with Unwind, by Neal Shusterman (Simon and Schuster, 2007). This is science fiction (set in a future where iPods are sold in antique stores) with a twist, but with very strong ethical issues raised. Society stopped receiving enough organ donations and so had to find ways to prolong lives. The solution is to ‘unwind’ children: they don’t really die but all their parts are transferred to another person’s body. Life is sacred until 13 and again after 18, but those 5 years in between are difficult and dangerous for those at risk: teenagers who challenge parents and/or school, who appear unskilled or inept in any way, or just someone who has annoyed their parent/guardian. The decision-makers justify their choices for many reasons, not all valid from the reader’s point of view. I found it a wonderful and thought-provoking story as we follow several young people who are threatened with being unwound.

Pink by Lili Wilkinson (Allen&Unwin, 2009) is definitely a young adult story, but one I didn’t want to put down till I finished. I’m not sure that I really liked many of the characters but I certainly empathised with them. The reader follows part of Ava’s school year, after she won a scholarship to a selective high school where she can be academically challenged. At the same time she decides to reinvent her image. All she wants is to fit in and be ‘normal’. Through her journey she questions her lesbian relationship with feisty Chloe, yearns for a heterosexual relationship with Ethan, is attracted to Sam and finds herself a part of the Screws during the school’s musical production. Pink represents the analogy of freedom of choice and how Ava expresses her changing perceptions. This is a thought-provoking story, for me as a mature-aged reader, but also is sure to raise many discussion points for young adult readers.

The final book which I want to mention is Three Summers by Judith Clarke (Allen&Unwin 2012). I loved this one. Ruth’s life has been moulded by the death of her mother when she was an infant, the unconditional love of her grandmother who then raised her, the power of the local Catholic church, the strength of her friendship with Fee and the elusive Tam Finn who has enthralled her. The story begins in a small rural NSW community in 1959: the first summer when Ruth and Fee wait for their school results. The second summer is while Ruth is in London and Fee questions her life decisions. The final one, nearly forty years later, is when Ruth fosters a highly emotionally-damaged child who brings much heartache as well as joy. Clarke’s writing is fluid and passionate, creating such a realistic world that the reader feels they are a part of it. There are many readers, especially girls, who will enjoy this gentle story though I feel that it perhaps should be marketed at adults rather than the YA audience.
So what have you read recently that’s got inside you?
Posted by CBCA Tasmania at 22:59