The Universal Language - by Penny Garnsworthy 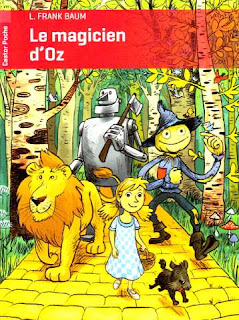 I have only recently returned from a glorious seven weeks in Greece, Italy and Paris where the history and scenery were magnificent and the food and wine were pretty good too. When we left I had visions of spending several of the twenty or so hours in flight catching up on my reading. But a lot has happened in the airline world since my last overseas trip and this time I found myself enjoying the inflight movies, educational television shows and interactive language programs. So unfortunately my reading tended to take a back seat. Having said that I did manage to read Ruth Rendell's A Judgement in Stone and the original Peter Pan by J M Barrie, via my Kindle. 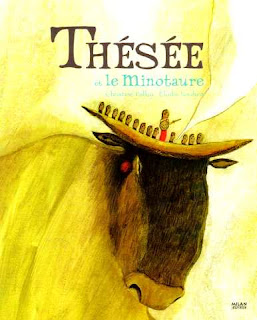 In Rome I happened upon a book store (as one does) and found myself engrossed in the children's section. Many of the books were in English but never one to do anything in half measures I decided to buy some small and beautifully illustrated picture books in Italian, knowing my other half has an Italian/English dictionary at home. So it was I purchased Pinocchio (written by an Italian anyway), I tre porcellini (or as we know it, the Three Little Pigs) and Riccioli d'Oro e i tre orsi (Goldilocks and the Three Bears).

Then, having not seen Paris for thirty years I fell completely in love with that vibrant yet historic city and found myself using school-girl French at every opportunity. By day three I was confidently ordering coffee and croissants in the local language and finding that the staff in the hotel and in the stores could even understand most of what I was saying. And so it was I decided that when I arrived home I would once again seek to learn conversational French.

As I was wandering through Galleries Lafayette, one of two enormous department stores in the Opera district, I found myself in the book department (as one does) and it was there I found the most fantastic collection of children's books; hundreds of books I have never seen before published by publishers I have never heard of. But what a selection! The picture books were just beautiful and there were so many. How could I help myself? 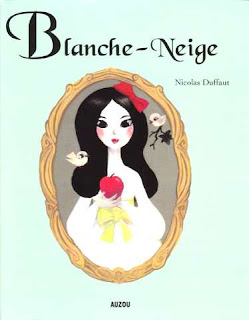 And so, as I practice my newly adopted language, I look forward to reading a couple of classics: Blanche-Neige (or Snow White as we know it) illustrated by Nicolas Duffaut and Thesee et le Minotaure (or Theseus and the Minotaur) adapted by Christine Palluy and illustrated by Elodie Nouhen. I then decided that it was all very well to purchase picture books with limited text but that to really test my understanding of the language I should read a title that is little more challenging. And so L Frank Baum's Le magicien d'Oz was my final purchase and I can't wait to read it.

They say that music is the universal language. Well, perhaps children's books aren't far behind. Happy reading everyone!
Posted by CBCA Tasmania at 15:32