Bending the Truth - by Jenni Connor 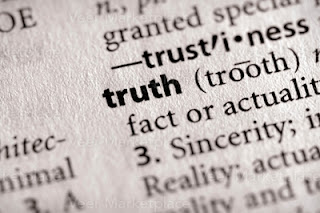 When I was younger and fresh from a History Degree, I couldn’t enjoy historical fiction; I felt like the authors were ‘bending the truth’. Now, it’s one of my favourite forms of fiction.
I first ‘met’ Geraldine Brooks when she wrote about the lives of Muslim women in Nine Parts of Desire (1994) and found her engaging talk at a writers’ festival soon after, entertaining, empathetic and insightful. When her novel, March (2005) won the Pulitzer Prize in 2006, it came as no surprise, revealing as it did Brooks’ amazing capacity to depict deeply personal stories against the backdrop of world events – in this case, the American Civil War which had been the setting for Louisa May Alcott’s Little Women.

Then came her extraordinary tour-de-force People of the Book (2008) which employed the device of the history of an illuminated manuscript to explore pivotal points in the wider history of religion, intolerance and persecution.

This year, I’ve been immersed in Caleb’s Crossing (2011) set in the early days of pilgrim settlement in America’s Martha’s Vineyard. Told through the convincing, sensitive voice of the motherless Bethia, the novel charts the journey of the young indigenous Indian man who comes to call himself ‘Caleb’ so that he can gain an education and succeed in a ‘white coat’ world. The novel is underpinned by Brook’s usual meticulous research, but its real power arises from \the author’s ability to enter the lives of the people of the times and her complete mastery of the language of the day that is so strongly connected to culture and identity.

Interestingly, today’s younger readers and young adults are also often attracted to historical fiction. Jackie French’s Oracle, set in ancient Greece, her great Australian saga, A Waltz for Matilda which portrays the experience of a young woman in 1894 and The Horse that Bit the Bushranger, which is a playful fiction about meeting the notorious Ben Hall in 1865 are all popular.  The Our Australian Girl series titles (Puffin) starring Poppy, Letty, Rose and Grace are walking off the shelves in primary libraries. And Jane Caro’s Just a Girl is a compelling description of the crumbling House of Tudor, told though the eyes of adolescent Elizabeth 1.

Older Readers who appreciate Australia’s migrant history are intrigued by Gabrielle Wang’s novels A Ghost in My Suitcase and Little Paradise which explore her Chinese heritage.

So, it would seem, ‘bending the truth’ is fine; the ‘truth’ is in the integrity of the storytelling.