In between travelling from Smithton to Dover, talking to parents about how to choose good books for children I have managed to read some books, both children’s and adults.  Thought you might like to hear about some.

‘Trouble Twisters’, by Garth Nix and Sean Williams published by Allen & Unwin is a fairly new one. If you have read Sean William’s ‘The Changeling’, the voices in this joint writing effort will probably ring bells and resonate with you.  Sean Williams seems to like voices that speak inside the protagonist’s head and the device worked really well in ‘The Changeling’ series.

'Trouble Twisters' seems set for a younger audience more in keeping with the audience of Nix’s previous series which used the days of the week as its guiding and naming gambit.  Personally I preferred William’s series for older readers but the partnership has not gone to waste. 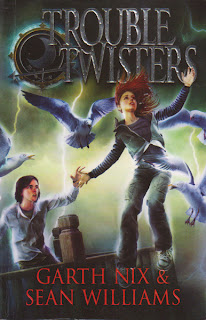 The Trouble Twisters, Jack and Jaide will appeal to that horde of youngsters who love magic, fantasy, a quest and the traditional good versus evil theme. But I can’t help thinking, “I’ve read all this before.”  There is a slightly new approach when the twins start to think that in fact their grandmother is the evil they must defeat and this as it happens is almost their undoing.  The twins and the reader are kept in the dark about the real facts about the Family until a good way into the story, hereby creating a niggling desire to keep reading just to find out.  One almost reaches the point of exasperation!  Just what is going on?

Even at the end of the book, obviously the first in the series, there are many questions still to be answered. 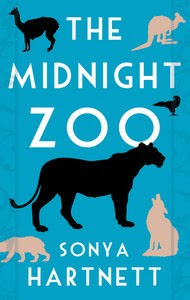 Coincidently the next two books I read were for older readers, Sonya Hartnett’s ‘The Midnight Zoo’ and Cath Crawley’s, ‘Graffiti Moon’.  That’s right, both featured very highly in the Book of the Year awards.  Was this a spooky premonition on my part that I choose these?  Don’t know, but I can certainly see why they were up there.  I loved ‘The Midnight Zoo’ with its post-apocalyptic setting and the unusual part reality, part fantasy characters of the animals. The video of the story that ran through my head as I read was very dark and shadowy and it was impossible to predict what was going to happen. I think 'gripping' might be an appropriate adjective.  ‘Graffiti Moon’ is also a dark book in that it is set at night, but this time the reader knows more than the characters about what might happen, it’s just a matter of when and if and how.  Having observed graffiti art all over the world; on train carriages and railway walls all through Europe and our own local contributions in Royal Park, I’ve always wondered if this stuff is art or trash.  After this novel I believe I gained an extra insight into and an appreciation of this aspect of youth culture.

Squeezing in a couple of adult books; I read Jodi Picoult’s ‘Nineteen Minutes’ and Steve Conte’s ‘The Zoo Keeper’s War’.   There seems to have been a thread there with war and zoos and young people and relationships.   These are all quite different books but I enjoyed them all and gained new information about the effects of bullying and what happens to animals in war time amongst other things.  That’s a good eclectic mix for you. 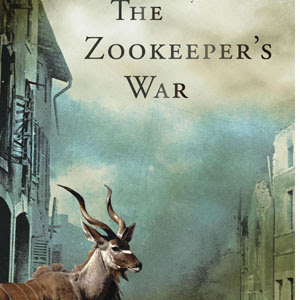 Sally Sara’s, ‘Gogo, Mama’, is another book I would recommend to older readers and adults.  I can’t say it is an enjoyable book in that it describes the incredible abuse and injustices perpetrated on females in African cultures even as I write. The book, published in about 2007, features Sally’s interviews with 12 women from different African countries. We are given a fascinating insight into their lives, their courage, and their incredible capacity to survive and flourish despite suffering such enormities as female circumcision, slavery, HIV and the Rwandan and other wars that seem to plague that continent.  How lucky we are to live in Australia!   And how lucky are we to have so many diverse books to read and enjoy.

What have you been reading and enjoying lately?