How my heroes are changing - by CBCA judge, Jenni Connor 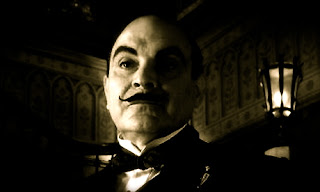 I grew up on Detective fiction really, devouring every Dorothy Sayers, Ngaio Marsh and Margery Allingham in my youth and becoming addicted to the pantheon of Elizabeth George, PD James and Ruth Rendell as they came on the scene. The very early ‘lady writers’ invariably created an elegant, dignified gentleman as their brilliant crime solver. Lord Peter Wimsey, Inspector Alleyn and Albert Campion (not to mention Christie’s indubitable Poirot) used their incisive wit and extraordinary minds to seek out and destroy the most cunning villain and restore polite society to its rightful balance.

Have you read any of these recently? I have a friend in London who re-reads them all, regularly. I don’t know how she can bear to; the style now seems infuriatingly archaic, posturing and lacking in reality.
The same cannot be said for contemporary masters of the genre!

For 20 years, Ian Rankin took his tough, hard drinking cop, Detective Inspector Rebus, into Edinburg’s grimy underbelly – where he felt perfectly at home. Rankin describes his influences as Robert Louis Stevenson and the Gothic tradition which leads him to explore the Jekyll and Hyde qualities of a contemporary urban environment. I imagine I wasn’t the only devotee to mourn Rebus’ departure in Exit Music.

All of this grimness, of course, paled into insignificance when Stieg Larsson’s Millennium Trilogy burst on the scene, with Lisbeth Salander possibly the most oppressed and indomitable heroine of contemporary fiction.

Having relished the trilogy, like many fellow addicts, I turned to Jo Nesbo for another take on the Nordic landscape and culture. The Snowman (2010) made Nesbo’s name when it won the prestigious Glass Key Award for Best Nordic Crime Novel – joining Larsson and Henning Mankell in the illustrious list of recipients.

Recently, I tackled The Redbreast (2006), an ambitious and complex novel that spans from the Second World War to the present day. It delves deep into an unpalatable past, when Norwegian troops collaborated with Nazi Germany and fought for Hitler on the Eastern front. In the novel, surviving soldiers are being murdered one by one, and Harry Hole, a good, but troubled cop in the Olso Crime Squad has to stay off the grog long enough to bring matters to a close. There’s a rich palette of characters and the constant switching between the two time zones means it’s wise to keep a list of Dramatis Personae handy. Dedicated readers of the genre will find much to enjoy as well as much to mull over about old wounds, old debts and the grey areas of morality.

Then, a knowledgeable bookseller where I was travelling (don’t you love them?) recommended another Nordic writer – Camilla Lakberg –‘The hottest female writer in Sweden at the moment’ as the cover screams. Interestingly, the novel, The Hidden Child, also deals with a terrible secret from the darkest days of WW11. While the plot is intriguing, the characterisation is slightly stereotyped; the novel may have suffered in translation. There is almost a surfeit of ‘detectives’, including a young policewoman who is in a gay relationship whose partner is having a child through IVF, and a male detective who is on Paternity Leave.


* Who are your literary heroes? Have they changed over time?
Posted by CBCA Tasmania at 17:29