This week’s post works in tandem with the previous coverage of the NCACL Cultural Diversity database. Maureen Mann has risen to the challenge to explore the database and seek out titles that she discovered. She shares her thoughts and reactions here.

I have enjoyed exploring the NCACL Cultural Diversity database following on from Dr Belle Alderman’s blog last week. For me, the format is not as user friendly as the Indigenous one is. Each book is listed with the information about it in columns across the screen. The last column is Annotation and of course it is much longer than the other levels of information. For me, this makes it much clumsier to read and there’s lots of scrolling down the page to get to the next title listed. But, having made that relatively small criticism, the database is full of wonderful titles. It’s easy to browse by image, and there are search tools too, though these would benefit from a little bit more finessing. I look forward to further explorations, and new additions as they happen.

Having made some criticisms, it’s a fantastic resource. I also must remember that it’s all built by volunteers, under the umbrella of the National Centre for Australian Children’s Literature, and it will continue to evolve as time and funding allows. Maybe if you’d like to help you could contact the NCACL. They’d love sponsorship, donations to special projects or more volunteers, even if you don’t live in Canberra.

Did you check out the covers which were included last week?

Here are some of the titles that I have explored over recently.

Each books has a similar format, but the cultures included differ. Each grandparent gets a double page spread showing the child and grandparent, who is rarely stereotyped, doing their favourite things. The accompanying verse helps with pronunciation of a traditional name from that culture. The book demonstrates that all children across the world have a special relationship with their grandparents. A glossary at the end of the book includes the meaning of the names and their locations 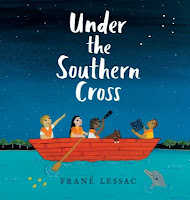 Under the Southern Cross by Frane Lessac, 2018. Walker Books.

Bright primary-coloured illustrations support this night-time tour across Australia. Each page introduces the location, the activity described and the phrase under the Southern Cross (found in each illustration), along with some relevant factual information. Though there is a map at the end of the book showing all the locations, a small map on each page would have satisfied this reader, especially as the locations jump around our huge country. 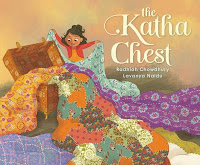 When Asiya visits Nanu’s house her favourite activity is exploring the chest containing the katha quilts, made from worn out saris. The rich detail, inspired by Bengali Pattachitra folk art, in the illustrations show both the quilt and the family’s activity where the reader sees a part of the original sari owner’s life. 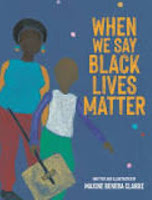 Rich dark colours make up the illustrations of this oversize book. Clarke wanted to explain to the multi-cultural children in her extended family why recent protests were so important but she doesn’t sensationalise it.  There’s lots to discuss and it’s not just a picture book for the very young. 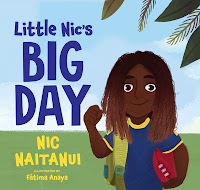 This, the second of Naitanui’s titles, features a school fete, titled “The World Comes To Us” where all the families bring their favourite foods and there are a lot of cultural activities. Nic has lost his bag containing his favourite cassava cake. Readers have to search for Nic’s lost bag as well as 16 other items.

This is the true story, in picture book format, of some of the POWs in Changi Prison in 1942 who created Christmas presents for the children interned with and near them. One of these gifts was a book called The Happiness Box. All the presents were confiscated because the Japanese commander thought the book contained war secrets. A soldier offered to destroy the book but instead buried it and it was dug up in 1945, becoming a National Treasure. Though there are subtle references to the hardships the men suffered but the book also shows their resilience. 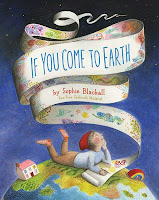 If You Come to Earth by Sophie Blackall, 2020. Chronicle Books.

Blackall offers a microscopic perspective on many aspects of the world, both natural and man-made. It’s a guide to our world and a call for us all to look after and celebrates cultural and environmental diversity across the globe. The illustrations encourage the reader to pore through the detail as well as encouraging discussion of the differences and similarities. A picture book for all ages. 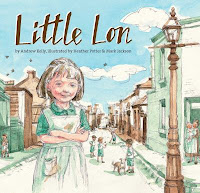 This is based on the recollections of Marie Hayes who lived in the Lonsdale St area of Melbourne in the 1920s and 1930s. The reader meets some of the many others from all over the world who also lived there. It’s a wonderful celebration of a historical period, complete with descriptions of housing, food and lifestyle shown both in visual and verbal text. The endpapers add to the information given.  Though it’s picture book format, it’s not only for the very young.

The last in the series which started with Once, combines the story of Felix, now 87, and Wassim 10 years old as was Felix in the first story. Set in Poland, it describes the racism and persecution which is eventually overcome. Felix and Wassim journey is to win the race to the WW2 ‘treasure’ which the Iron Weasels desperately want. An excellent, very readable story (as has the whole series been) which celebrates the power of love, friendship and hope.

A story that combines historical fiction, based on the WW2 Cowra NSW prisoner of war camp, with magic realism reaches a satisfying conclusion. Charlie has synaesthesia, where everything has colours and into her life comes Kenichi, a Japanese exchange student whose family have tasked him with finding his grandfather’s grave. The book is full of complex characters, with many tensions surfacing.

I hope you will also have fun searching through this, and the indigenous, databases.