Dipping into the 2021 shortlist for the INDIE Book Awards

This week Jennie explores titles on the INDIEs 2021 shortlist and provides some snapshots and personal perspectives about the books. Climate change and sustainable living are recurring themes in the YA selection. As future bloggers explore the shortlist it will be interesting to see how opinions vary.

The INDIE Book Awards are presented by Australia’s Independent Booksellers who are key players in promoting the breadth of Australian publications, taking up lesser-known authors, unusual and less popular genres and formats and promoting breadth rather than mainly focusing in big ticket items. Independent booksellers need to know their stock, so reading is a key requirement to connect with and advise their customers. The focus is more about engagement and interest to provide tailored and targeted recommendations, rather than literary merit, and that can mean that some shortlisted titles might not be as well-known as some of the more popular mainstream books.

The awards celebrate the best in Australian writing across six categories – mostly adult. The 2021 shortlisted titles for the children’s and young adults’ sections make interesting reading as a precursor to the CBCA Awards. The judging panel consists of independent booksellers. Potentially each category can include various formats – novels, picture books and non-fiction informed by the intended readership. Fishbach & McCrae (2012) present some strong arguments on the value of highlighting books that are not necessarily in the spotlight due to mass marketing by the bigger publishing houses and pushing big-name authors. They argue that an aim of INDIE awards is to “to reflect the independent judgments of an informed team who have read the nominated books closely and considered each book on its own merits, irrespective of sales history?”

Let’s look at the two relevant shortlists for 2021 with some personal opinions scattered within. At the time of writing, the only title not read is The Grandest Bookshop in the World by Amelia Mellor. 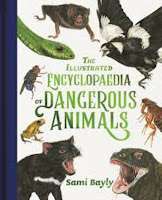 Wow! I gave this 5 stars for its fabulous presentation, breadth of animals presented and the comprehensive, perfectly pitched language and illustrations to support young inquiring minds. The book presents 60 animals from across the globe, multiple habitats and different classifications and species to amaze and fascinate any reader interested in our natural world.

Sing Me the Summer by Jane Godwin, illustrated by Alison Lester (Affirm Press)
⭐⭐⭐⭐⭐ 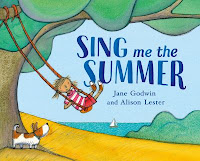 A picture book for the very young – and another 5 star title. A year in time passes with the changing seasons with the central focus of a young girl and her blended family and friends as they spend time outdoors undertaking a range of weather appropriate activities during the year and during the day and the night. A colourful and engaging book for early childhood with a host of discussion starters.
Also shortlisted in the CBCA Picture Book of the Year Award, but I feel it is more appropriate as an Early Childhood contender.

The Grandest Bookshop in the World by Amelia Mellor (Affirm Press)
⭐⭐⭐⭐⭐

Pearl and Vally Cole live in a very special bookshop - the Cole’s Book Arcade in Melbourne, established in 1893, that is brimming with every curiosity imaginable. The two children need to rescue Pa how has made a dangerous bargain in the bookshop. I am on a long waiting list to read this title, but reviews are certainly enticing for this illustrated novel.

5+ stars. I am a committed and enthusiastic reader of the adventures of Morrigan Crow and am saddened that this marvellous, imaginative and magical series has not achieved the critical acclaim so well deserved – Morrigan is, in my opinion, a stronger heroine than Harry Potter is a hero, and the series provides maximum entertainment for its target audience of middle school readers and stays within those boundaries. BTW – the audio performance provides excellent entertainment as well. Sadly, this did not make a CBCA shortlist, though in fairness, it is definitely the third book in a series and would be most enjoyed if read in sequence.

5+ stars – this was the best book I read last year! And I read a lot. Engaging with this book is a sensory experience – a wonderful story packaged as a gloriously illustrated personal diary. Set in Melbourne in the near future and under the guise of a supposedly independent prime minister, natural resources are scarce, including fuel, power and food, as a mega bio food corporation dictates policy for profit.

Written in the first person (narrative, not diary entries) Piper recounts a 6 month period of her life when she transforms from a needy and dependent deaf teenager to a strong, independent young woman and social and environmental activist.

Read my complete review to find out more.

Also shortlisted in the CBCA Book of the Year Award.

Catch Me If I Fall by Barry Jonsberg (Allen & Unwin Children's)

I rated this with 5 stars – just. I found it a little slow to build momentum and was rather irritated with the egotistical Ashleigh, however, the momentum builds and the rather clever twist in the tail lifted the reading experience. Ashleigh and Aiden are 13 year old, identical twins and each promised to protect the other, although it is Aiden who takes this most seriously and is most dependent on his sister. Ashleigh is the risk taker, until she gets herself, and therefore her brother, into a dangerous situation. It is at this point that the very privileged and wealthy life of this family is contrasted against poverty and desperation. Strong social commentary and background of a Sydney, Australia and world ravaged by climate change presents challenging and topical themes.

Also shortlisted in the CBCA Book of the Year  Award.

Another 5 star rating, but for me this was an excellent tale for adults rather the YA audience that marketing, assumptions about Garth Nix’s readership and awards have allocated.

18 year old Susan Arkshaw leaves her country home and rather strange and forgetful mother to live in London, to start at art school, and most significantly, to search of her father. Plunged into danger, Susan is rescued by the charming and outrageous Merlin, and is drawn into a secret society of booksellers who have magical powers and are responsible for policing the mythic Old World.

The action, complex story line, the London setting in the 1980s with its many cultural allusions, all create an engrossing and entertaining read for adults. There will be some mature teen readers who will appreciate this other worldly tale where the 'real' world overlays another mystic and ancient world with old gods and older magic artfully interwoven. It is a great read, but I think misdirected. The audio performance is superb.

And... shortlisted in the CBCA Book of the Year Award.

This One is Ours by Kate O'Donnell (University of Queensland Press)
⭐⭐⭐⭐⭐

5 stars again – and this one for originality, the compelling voice of the main character and the strong sense of place that firmly situates the action in contemporary Paris. The only discord for me was the very ‘immediate’ setting that did not accommodate a pandemic world However, that was a temporary hiccup as I was drawn into Paris, seen through the eyes of 16 year old exchange student, Sophie, as she explore and maps/illustrates many of the streets, galleries and haunts that will resonate with those who have visited. Sophie starts out as a dreamer, artist and a romantic but as she matures, she becomes socially and politically aware and starts to question herself, her values and her place in the world. Issues around poverty, refugees, sustainable living and climate change become major concerns. The occasional brief counterpoints, sent as texts between Sophie and her best friend and climate activist Crow, back home in Melbourne adds  further dimension to the story and maps Sophie’s growth, just as her own creations do.

The absence from the shortlist for this original story is a disappointment – The INDIE judges got this right, I think.