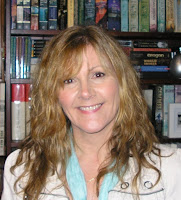 Dawn Meredith reflects on her writing a career, from the first initial steps to her current status of a published and successful author. Her love of language shines through and she revels in the moments when “the words flowed like chocolate and it was a joy”. Residing in Tasmania, Dawn also harnesses technology to support her writing and publishing endeavours – take note of some tips and ideas.

I came to writing late – even though I trained as a Secondary School English Teacher! I started by attending evening classes at community college once a week and stayed for three years under the astute and loving leadership of children’s author Jean Hibberd. My first two books were commissioned in 1999 by Cambridge Uni Press and came about through my work as a Special Needs Teacher. They wanted high interest low vocab books for students in high school who struggled with reading. I was given the titles Donald Bradman and Tony Lockett. At this time I decided to start thinking of writing as a career, not just a hobby, so I reduced my teaching hours to four days a week and set up my writing nook in our living room.

Writing children's books (visit my blog for a full list).
After those two books came out I struggled for a few years to build upon this achievement. Fortunately, I was invited to join Susanne Gervay’s writing group in Sydney at the Hughenden. From this wonderful group I soaked up the inspiration, support and opportunities, writing for the Blueprints series in 2007. My stand-alone book, The Wobbly Wombat, also in that series, seemed to do well. A few years later I had another chapter book published, The Anything Shop, Wombat Books 2011 and wrote for the education market (Hawker Brownlow and Rigby Heineman).

Things stalled a bit, so, encouraged by Trish Bernard, I put out a couple of self-published books, one of which still sells all over the world and remains pretty steady six years later. 12 Annoying Monsters – Self Talk for Kids with Anxiety was written for my clients and their families initially, but as I sold all 100 copies I’d had printed and the next 100 were disappearing at school author visits, and events such as Bookfeast and The Big Book Day Out, I decided to make it available online through Five Senses Education and Moshpit Publishing.

In 2010/11 I won a May Gibbs Creative Time Fellowship and worked like a demon on my epic fantasy YA novel Flight, which is finally coming out later this year through Shooting Star Press. I’ve written seven novels, but Flight is the only one to have been accepted as yet. As many writers understand, the rejections are part of the game and we develop a thick skin, but sometimes it does get you down. I’ve gone through quite dark periods where I wondered why I keep going. But then I remember - it’s the love of words, it’s what I get out of bringing these stories into being. Publication is fantastic, an acknowledgement of my skill as a writer, but it’s the act of writing and creating that nourishes me. 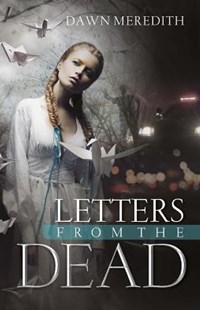 In 2016 I won the SCBWI Writer Award at the Sydney conference for the first page of my YA novel Letters from the Dead. The prize was mentorship with Andrea Davis Pinkney, Vice President Scholastic USA. Letters… is a paranormal cosy crime novel. I loved writing it, even though Andrea’s first advice was to rewrite the entire 100k MS in first POV (writer speak for: 100,000 word manuscript in first person point of view). I did it in six weeks, with Dragon dictation software. I was so happy with it I didn’t think I could cope with years of rejection letters and I was eager to have it in my hands, so I worked with an amazing book designer in Greece and publish it myself through Amazon. I absolutely ADORE the cover he did for me and had a wonderful book launch! To this day I am very proud of that book. Imagine you are nineteen, a bit naïve, and have the gift of reading someone’s memories, just after they have died. Imagine the truths you’d see and who would want that information. Imagine the comfort you could bring to people, but also the responsibility of holding that soul’s memories in your care. Imagine the dangers of knowing things that were meant to go to the grave. In my mind it’s a TV series, but that’s another idea…

I went on to write three more self-published books, including a WWII memoir of Jim Haynes, a veteran who lived in my neighbourhood. It was a five-year labour of love for us both, as Jim suffers with PTSD and bouts of malaria. But we did it! And his family were so proud and grateful as he'd never spoken of his experiences of the war. Find out more and look inside at Amazon.

In June this year I finished a mid-grade novel, Secrets of the Water Meadow set on an island in Norway in the 1970’s, where I actually lived as a child from the age of twelve. My love of this island, the simple lifestyle, the beautiful family bonds and deep, abiding cultural roots of that place have stayed with me always. The sheer gorgeousness of the natural world, the feel of rocks under your feet at the shoreline, the snow dust on the mountains on the opposite side of the fjord, the smell of dark earth, cows and springtime, the tingle in your cheeks as you come in from the cold wind, the sounds of the sea lapping the shore at night… I have wanted to write this story, about two sisters and a mythical creature of the deep, for many years. When we moved to Tasmania last year and I got myself a studio built I finally settled down and wrote it. The words flowed like chocolate and it was a joy. Reader reviews have been very positive so far, so wish me luck as I do the rounds of the publishers!

Language is important to me. I am bilingual (English and Norwegian) and love to put on accents and character voices. I started narrating for Podcastle a couple of years ago. It was fun and immensely satisfying. You can hear me read The Jellyfish Collector by Michelle Goldsmith (rated PG13) and Dragon Girl by Cat Sparks (Adult rated).  I learned German and Italian for a while and thoroughly enjoyed it. For Flight I created a written and spoken language, culture and history of the Dragonkind people. I can read every phrase as if it were a real language. It’s sort of Nordic/Italian/Russian. Love it.

The richness of language is paramount to me as I am a highly visual person, so I want the reader to be immersed in the story, to feel, taste, see, hear and smell everything. In Secrets of the Water Meadow the island, Eikeberg, is like a living character of the story. Kids can often become detached from the physical environment these days, with so many screens competing for their attention and not giving back very much of value. They are often disconnected from nature and I wanted to reconnect them by introducing a very special place with unique beauty, perils and comforts. I set it in the 1970’s because that was my childhood there - no TV, no mobile phones, no playstation. In this setting the characters have to interact because there is nowhere to hide. Secrets can’t stay hidden when everyone is attuned to each other. And the freedom to run around outside having adventures is so wonderful.

Writing techniques
Over the years I have developed my own way of writing – moving from a ‘pantser’ to a ‘planner’. I use index cards for scenes, carrying spares with me wherever I go. I can also jot down ideas for characters, other stories etc. For years I scribbled in notebooks. 18 of them in fact. But when it came time to finding bits it was almost impossible. With cards I have them indexed. I also use a whiteboard to plot, making sure I have the turning points and buildup right there on the wall. And I write the plot points one in a word document. Three things revolutionised my writing – a workshop about Michael Hauge’s six stages of plot development, Dragon dictation software and Natural Reader software. I can sit looking out at my garden and speak scenes and notes into existence, then edit, have it read back to me with Natural Reader, print it out and edit again.

At the moment I have started planning a series, again for midgrade. I had thought of myself as moving more into YA now that I am no longer teaching, but the ideas come as they will. Stories ask to be written and come into being and they can be quite insistent! My daughter is thirteen and an avid reader, particularly of historical fiction, WWII in particular, so she is one of my critics. Ahem, readers. Others include teachers, writers/illustrators, parents and kids of the target age group but I find, somehow, that adults enjoy my writing as much as the kids. Perhaps the pictures I create bring back vivid childhood memories for them. It’s lovely anyway. 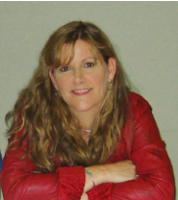 A former High School Art/English Teacher, Dawn has been a Special Ed and Literacy Teacher for 28 years. She has authored many books for children and young adults and lives in Tasmania. For more information on her books, WRITING WORKSHOPS  and talks: www.dawnmeredithauthor.blogspot.com