This week Jennie hones in on the plight of the world's magnificent felines to identify books that will help children appreciate, respect and care about the big cats that roam the world.


To highlight and educate people across the world the United Nations World Wildlife Day celebrates and raises awareness of the world’s wild animals and plants. Each year March 3 heralds a year long campaign.  In 2018 the spotlight is on “Big cats: Predators under threat”. Today and throughout 2018, take the time to introduce young readers to these graceful felines and build awareness of the threats they face.  Literature provides a wonderful medium to introduce the diverse range of feline predators, inspire awareness and initiate conversations with young readers. Many of the selections below can be accessed through your local library – why not make a pledge to explore big cats throughout the year.
William Blake’s classic poem ‘Tyger tyger’ provides a wonderful springboard and the video and musical rendition of the poem captures this powerful feline in all its glory. 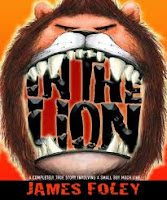 In the Lion – James Foley
A young boy visits the zoo with his family, only to find an enormous lion is swallowing everything and everyone it can. Only the boy has the courage to stand his ground and stop the lion. Repetitive text and the expressions of Richard encourage young readers (and listeners) to join in and predict the outcome on each double page spread.  Great fun for preschoolers and youngsters but also an opportunity to discuss what a healthy lion should be eating!

Goodnight Tiger – Timothy Knapman & Laura Hughes
This quirky, funny bedtime story book is full of jungle animals and surprises. The vibrant illustrations are sure to delight children at bedtime. The animals in Emily's jungle wallpaper can't sleep, and they are bellowing and stomping and growling and keeping her awake! This is a great introduction to a number of jungle animals, including some big cats. 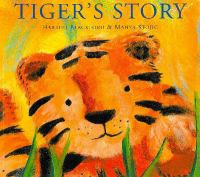 Tiger’s story - Harriet Blackford, illustrated by Manya Stojic
Tiger is a small, strong stripey cub. He lives in the forest in India. He walks quietly on his big soft paws and twitches his long stripey tail. An easy to read introduction to tigers through this playful cub.

I am a Cat – Galia Bernstein
A simple housecat named Simon encounters some bigger cats: Lion, Puma, Panther, Tiger, and Cheetah. Each of the big cats has something to say about Simon not being “cat” enough. According to them, he just doesn’t measure up. He doesn’t have Lion’s mane or Cheetah’s spots. He doesn’t sleep in trees like Panther or climb mountains like Puma. He’s small and fuzzy, not big and strong. But ultimately, Simon shows the big cats that he’s just like them . . . only smaller. 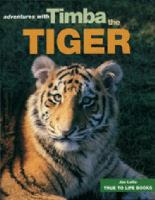 Several titles in the Adventures with… series introduce big cats and share an authentic story about the animal with considerable factual information conveyed through the story line and colour photographs.
Written by Jan Latta, Timba the Tiger, Chipper the Cheetah  and Lena the Lion introduce young readers to three different big cats, how they live and threats they face. Each title also provides information on what we can do to help protect these endangered big cat populations.

The World Wildlife Fund has published a series of short novels for young independent readers. Look out for:
Snow Leopard Lost - Linda Chapman
Set in Mongolia, Emily's dad is helping to set up a new project to help endangered snow leopards in the area. On a half term visit Emily makes friends with a young snow leopard cub, Leo. But not all the villagers are pleased that the leopards are making themselves at home.

Tiger Tricks –Linda Chapman
Emily's mum is being sent to India to take photos of an endangered forest. Emily isn't expecting to meet any wild friends, so is delighted when runaway tiger cub, Bala, turns up! But the local people are less happy

The Snow Leopard – Jackie Morris
A beautifully crafted allegory representing life, death and renewal through the story of a girl’s dreaming and her transformation into a snow leopard and protector of life.  Set against the stunning landscapes of the Himalayas, the superlative illustrations of the nearly-extinct snow leopard offer a message of hope at a time when many of the world's wildest places are being worn away by human beings.

For independent readers Tiger Trouble by Justin D’Ath. Set in New Delhi, Sam and his family are watching big brother Nathan make his international cricketing debut when a young pickpocket steals Sam's backpack. Sam gives chase and runs foul of the boss of a pickpocket gang, who's also involved in the illegal trade of exotic pets, including tiger cubs taken from the wild. When a pair of cubs is to be smuggled through Pakistan to Iran, Sam and the young pickpocket, now his ally, set out in the cause of wildlife conservation to rescue them. Fast-paced action and animal adventures.

Tiger Tiger – Lynne Reid Banks
In this historical fiction novel, two tiger cubs are snatched from their native jungle and shipped to Rome. There they are cruelly separated, and one cub becomes the princess's adored house pet. The other, fiercer cub is trained to become the star performer in Caesar's bloodthirsty circus. Princess Aurelia detests her father's brutal 'sport', but must keep her feelings secret. The only person she can confide in is her slave, Julius, her tiger's keeper. But such a friendship is equally forbidden: should the Emperor find out, his anger would be terrible and his punishment severe. But friendship and love cannot be dictated, and neither tiger nor man is destined for a life in chains. This story is also available in audio for shared listening.

Don’t forget to spend time seeking out non-fiction titles as well. Often with stunning photographs, most contemporary titles also include information about the threats and actions to help preserve these magnificent feline predators. Some non-fiction reviews can be read on JB’s not Just Books blog.