Ever wonder where the inspiration behind the Ice Age movies came from? Penny shares some behind the scenes insights that celebrates the ingenuity of children!

Last year I was asked to submit ideas for an article on the theme Prehistoric Times. I had just seen a fabulous documentary on Ice Age Mammals so I chose that subject and after some initial research decided to write about the Woolly Mammoth, the Sabre-toothed Tiger and the Sloth. My editor was thrilled as the 5th Ice Age movie was due out mid 2016. And I was embarrassed to admit I had never seen the movies. So I borrowed them all and watched them in quick succession. Imagine my surprise when I discovered the three mammals I had chosen to write about were, in fact, the stars of the movies!

As in books, movies start with an idea and usually a writer, or group of writers, pitches that initial idea. Ice Age was no different. For the first movie, 20th Century Fox asked writers to pitch on just the two words: Ice Age and American writer Michael J Wilson came up with the winning idea. But he had help and it wasn't from a group of other writers either.

Wilson's three year old daughter Flora came up with a character that was a combination of a squirrel and a rat - called Scrat.

Wilson: 'Wow! So simple. I have been forever in Flora's debt and creative shadow...'

But the help didn't stop there. At the time Wilson was telling stories in Flora's class each week, so as he was writing the Ice Age script he pitched his ideas and characters and the class helped him write them.

Wilson: 'One day I was stumped. 'What does Diego want?' I asked the class. (Diego is the saber-tooth tiger).
One kid named Willie raised his hand. 'Diego wants to EAT the baby!' he proclaimed loudly.

Thus began the thread behind the story of Diego, and how he had a secret agenda, and was leading Manfred (the mammoth) and Sid (the sloth) and Roshan (the baby) into a trap!'

Wilson even admits he used to follow Willie to his mother's car after school asking him question after question about his script. 'I thought he was a genius,' says Wilson.

At one point Wilson had a fight with the studio over the demise of Roshan's mother. He wanted her to die in Act 1 and the studio didn't. However, he eventually won.

Wilson: I am so glad I won this fight! Studios are so afraid of scaring little kids. When I was four, I saw The Wizard of Oz. It was terrifying! I loved it! Can you imagine The Wizard of Oz without those flying monkeys? Or without the Wicked Witch trying to kill Dorothy?'

And just like L Frank Baum's masterpiece, Ice Age will be forever loved... and not just by kids. 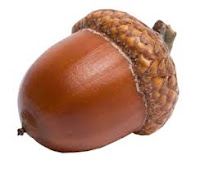 Editor's note: Check out the website to support the Ice Age movies with a short for the new release and some fun games for the young at heart.