The Books I loved to read as a Child

At our recent event, Childhood Readers, Community Leaders, our patron, Mrs Frances Underwood, had this to say, and kindly allowed us to reproduce it here.

I recently saw a quote, from the 1933 novel Lost Horizon by James Hilton, which resonated with me. I quote: ‘He was discovering happiness in the present; when he sat reading in the library, or playing Mozart in the music room, he often felt the invasion of a deep spiritual emotion as if Shangri-La were indeed a living essence distilled from the magic of the ages and miraculously preserved against time …”  That pretty well sums up how I feel about reading good literature and performing and emotional depth, for me.


It made me think that we each find our own Shangri- La, that mythical utopia where time stands still. My Shangri-La can be found in the compositions of the likes of Bach, Haydn, Handel, Verdi and Wagner, as well as Sculthorpe, Grainger, Elena Kats-Chernin and our own Maria Grenfell. It can also be found in the works of writers such as Tolstoy, Austen, Dickens, Eliot, Kipling, Kate Atkinson, Jane Gardam and Richard Flanagan, as well as poets, essay writers, philosophers and historians such as Emily Dickinson, Christopher Hitchens, AC Grayling, Clive James, William Dalrymple and our own Alison Alexander. How fortunate we are to have our lives enriched by such perceptive artists.


So how did it come about that from young age I developed a taste for reading? For me, a family focus on reading for pleasure provided optimal conditions for nourishing my imagination and nurturing a love of reading and a love of learning.

As an educator who spent much of her professional life enabling and hopefully motivating and inspiring reluctant readers to become natural readers, I know how important it is to have access to books that engage the imagination and inspire; whether fact or fiction, the choice is often very personal to the reader. The key is to find what works. For my eldest daughter it was CS Lewis, the classics and also the Silly Verse for Kids of Spike Milligan. For my middle daughter it was Alice in Wonderland and Joan Aiken’s world of myth, magic fantasy and adventure. My daughter simply could not get enough of it. Perhaps that’s why she’s become a politician.


For my son it was Paul Jennings, Tin Tin’s adventures, Indiana Jones and history books.  For my youngest daughter it was The Chronicles of Narnia, The Wind in the Willows and The House at Pooh Corner. For my youngest grandchildren it is Mem Fox, Pamela Allen, Margaret Wild, Pat Hutchins, Anna Fienberg and Maurice Sendak. For the grandchildren, largely thanks to the work of Children’s Book Council and its promotion of quality Australian children’s literature, particularly young adult fiction, and picture books, a whole new world of books has been added to the existing stock of what we had as children. Together with publications of useful advice for parents, the Council has made it so much easier to find good books for young people and it deserves our thanks and congratulations for that effective and far-reaching contribution.

For me, as a child, what worked was The Wind in the Willows and AA Milne’s Pooh Bear stories and poems; favourites among a rich array of children’s books, nursery rhymes, fairy stories and myths and legends. It was not just the books themselves but the quality of the experiences I had in the first eight years of my life, before I went to school, that had a profound impact on me and I believe set my compass for life. I was hooked on learning, literature and I might say music from an early age thanks to the infectious enthusiasm of three exceptional people in my life and the circumstances surrounding their arrival in Tasmania.


My father had been a Colonel in the 16th Punjab Regiment in what was then India. He and my memsahib mother left India during the bloody upheaval which saw the creation of Pakistan.  Freedom at Midnight and India’s tryst with destiny was no less than that for our family. After a brief sojourn in England my family, which then included my parents, an aunt, newly-born me and three siblings ended up on a farm in Barrington in the northwest of Tasmania.   We were sort of traumatised, transplanted Anglo-Indians in a bewildering new land and culture. It was tough for my parents, so far from family, with little money and few luxuries other than an Aga stove, their books and a piano, but as children growing up in Tasmania, it was the best gift they could have given us.


I had an idyllic childhood living on that farm in Lower Barrington. The rich experiences I had there until the age of eight became a defining element in my life.  For me the move to Tasmania provided optimal conditions for a happy, stimulating and enriching childhood nurtured and nourished by these three extraordinary, well-travelled, well-read, culturally aware people.  My father, mother and her sister, so grateful to be released from the horror of war and the savagery and spontaneous irrational slaughter that accompanied the partition of India, basked in the peace and natural beauty of Tasmania and re-lived the memories of their life experiences before war, with stories of India and England that ignited the imagination of a young child and became as real to me as if I had been there.


My mother, determined to nourish the spiritual and academic development of her children, sent her two eldest (aged eight and ten) to boarding school in Melbourne and  took on the  education of the now four young ones herself, unfolding to us the treasures of learning and literature. I always thought it was our good fortune not to be sent to boarding school because we younger children also had our father; a man of extraordinary sparkle and brightness, humour and wit, an officer and a gentleman and a graduate of the Royal Military College Sandhurst and a citizen of the world, who opened our eyes to history, politics, and geography.  Because my parents knew nothing of Australian children’s literature at that stage, our books were weighted heavily in the English and Anglo Indian tradition.  Every day my father fed us a literary diet that included AA Milne, JM Barrie, Kenneth Grahame, CS Lewis, Beatrix Potter, Kipling and Dickens with lashings of Aesop’s Fables and Grimm’s Fairy Tales and, importantly, he kept us laughing. One of my earliest memories is of squabbling with my siblings as to whose turn it was to be the one to sit on Daddy’s lap as he read to us. Those books and their characters became my friends. I returned to them again and again when I could read for myself and introduced my children and grandchildren to them.


My aunt, a teacher and mentor of genius as well as a uniquely gifted pianist, artist and mother, had a gift not only for imparting a profound understanding of and enthusiasm for music, painting and poetry and almost all of the accoutrements of civilised living, but also for bringing literature to life.  To this day I associate reading, literature, learning and music with love, warmth and a sense of belonging.

My childhood world was peopled by characters like the wise but curmudgeonly Badger, who simply hated society and was not afraid to live in the wild wood and take on the weasels; Otter; efficient cheery Ratty; modest Moley, and boastful, conceited Toad from The Wind in the Willows.  There was phlegmatic, forgetful Pooh Bear who saved his friend Piglet from a wetting; his foil, Piglet; bouncy Tigger; miserable Eeyore; motherly Rabbit and everyone’s good friend Christopher Robin, from The House at Pooh Corner and many others like Jemima Puddle-Duck; wicked Peter Rabbit; Mrs Tiggy-Winkle and friends.   The stories were read over and over again and the Hums of Pooh memorised from repetition, set to music and sung.  Language from these books was incorporated into our daily routine such as he’s a bear of little brain, “don’t be an Eeyore”, let’s play pooh sticks, she’s a “very bouncy animal;”  … In fact, ours was the House at Pooh Corner with a river running through it.


Freed from rationing in England my aunt created river bank picnics like Ratty’s, by the stream that ran through our farm. They were lush affairs with a heavy Indian influence of curry puffs and other Indian treats such as condensed milk. We sent invitations to the River Bank inhabitants to join us and were sure that if we looked hard enough we would find Mole’s House.  And we were always careful to avoid an encounter with a Heffalump. Tasmanian places with extraordinary names like Nowhere Else, Paradise and Hells Gates became our version of the Wild Wood where we looked vainly for Badger’s house, hoping against hope that we wouldn’t encounter the weasels and stoats.  Those who were at boarding school missed out on this enrichment, which engendered in me a love of learning and an enduring passion for literature that has sustained me throughout my life. These books and their characters are still my friends.  They are still relevant but with the passing years take on a similarity to people we all know.  Take Mr Toad for example:


And as with so many favourite novels, they bear reading over and over again.


“I do remember [the stories]” says Christopher Robin “only Pooh doesn’t very well so that’s why he likes having it told to him again, because then it’s a real story, not just remembering.”


And I can’t believe, now that I am an Anglo-Indian-Australian, that I live in a sort of Toad Hall complete with chandeliers, which even has a lake, on which Ratty can row his boat and Ducks can dabble up tails all.  The grandchildren and the Governor and I have picnics on the bank of the lake and live in expectation that one day, when they are ready, Badger and Moley will appear. Charlie has even seen a Heffalump and Toad has been seen trying to steal the vice regal Daimler. Rabbit and her relations, who are far too plentiful at the moment, on the other hand scurry about as if they own the place. 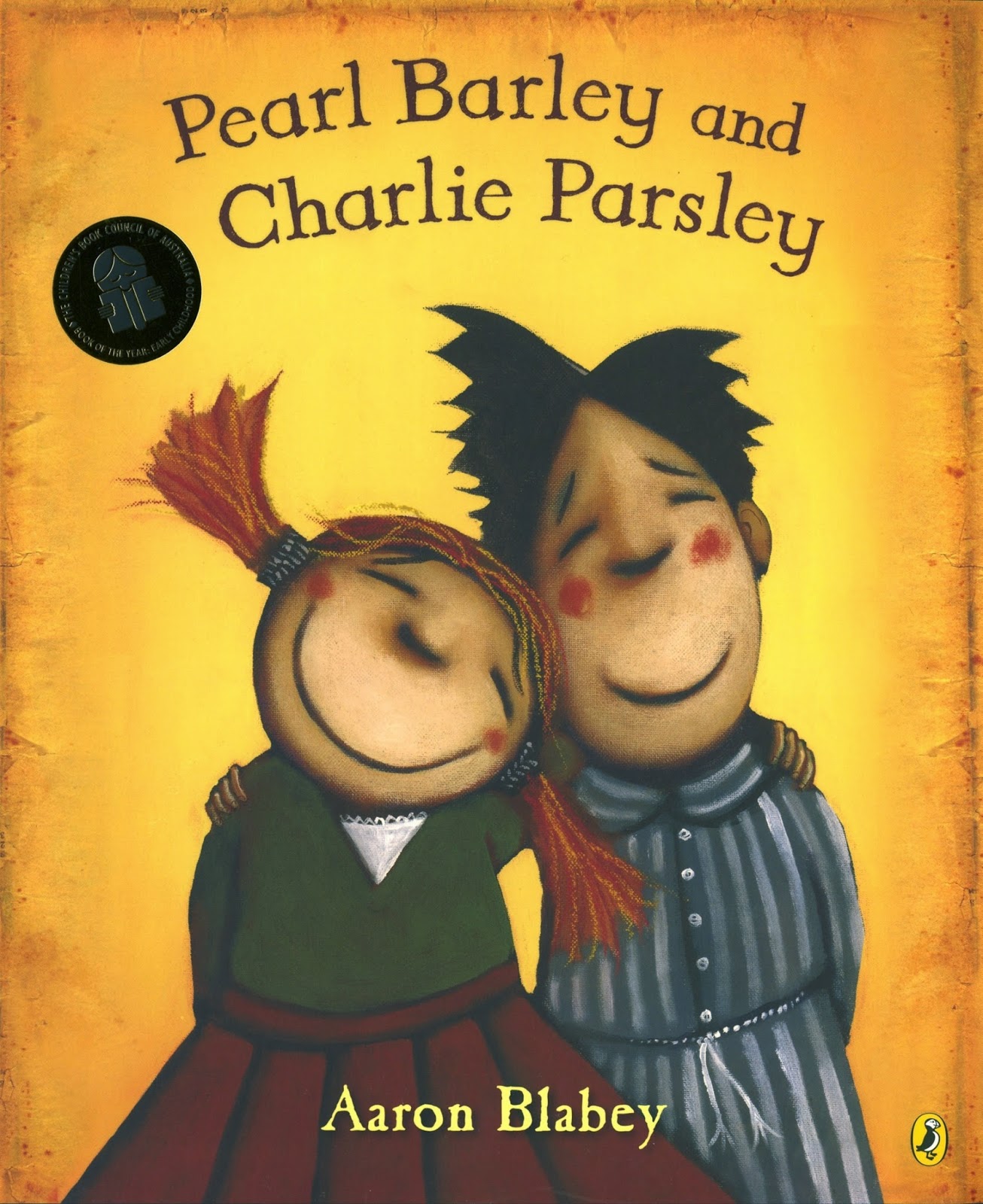 And so history repeats itself except that now, as well as a picnic, we take a basket of beautiful Australian picture books such as favourites Pearl Barley and Charley Parsley, The Very Cranky Bear and Lucy Goosey, Wombat Divine, and Possum Magic to read by the lake and at nightfall we might see wallabies and possums and far too many noisy native hens.