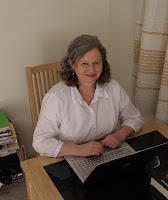 Once upon a time there were no computer games, movies, televisions or printed books. In those days only voices told stories. Stories swirled around in the smoke of campfires and stone hearths and chimneys, changing shape according to the imagination, narrative skill and world view of every teller. Stories were told to pass the time. To make sense of birth, death and everything in between. To amuse children and to caution them about the dangers of certain behaviours.

The archaic tales were often set in dream-like, magical lands which were populated not only by humans, but by talking animals and objects, as well as witches, wizards, fairies, elves, trolls, giants, ogres, pookas, mermaids, selkies, undines, leprechauns and other ethereal, creepy or downright evil characters. Over generations, favourite stories passed into folk lore. And with the advent of the publishing industry, ‘fairy tales’ began to be written down and published.

The study and interpretation of fairy and folk tales is now an academic discipline as dense, surprising and foreboding as a medieval forest. Theoreticians including Sir James George Frazer (The Golden Bough: A Study in Magic and Religions, 1890), Joseph Campbell (The Hero with a Thousand Faces, 1949) and Bruno Bettelheim (The Uses of Enchantment: The Meaning and Interpretation of Fairy Tales, 1976) have all recognised that deep mythical, psychic, sexual, and political meanings lie below the surface of fairy tales.

The following well-known fairy tales, for example, can be seen to embed messages about gender, patriarchy, class, and/or colonialism which may be regarded as somewhat less palatable today than they were in ages past:
The Frog Prince and Beauty & the Beast:
Girls, don’t kick up a fuss if your father marries you off to a toad or a beast because your new husband may turn out to be a handsome prince in disguise.

Cinderella:
Just grin and bear it, girls, even when forced into domestic slavery; because if you do, your fairy godmother may one day appear and help to arrange a fairy tale wedding for you.

Little Red Riding Hood:
Always stick to the straight and narrow, girls, because if you don’t you could be led astray by a Big Bad Wolf who may fool you into thinking he is as sweet and innocent as your granny.

Jack and the Beanstalk and Goldilocks:
There is no need to despair if you are poor, dim-witted, or prone to walking into other people’s houses and helping yourself to whatever takes your fancy. There are other lands which are ripe for the plundering. But flesh-eating bears and ogres live there, so you had better be nimble and quick when you steal their food or treasures and break whatever they hold dear.

When Samuel Johnson completed his Dictionary of the English Language he fixed the previously fluid spelling of the English language to an England of 1755. Yet his, and all other the other subsequent dictionaries, need to be constantly updated because the meanings of words shift around; new words and phrases enter the common vocabulary, while others become obsolete. Similarly, fairy tales are constantly being told and retold for sheer pleasure, or because writers, publishers, parents, educators, or guardians of public morality want to change the messages encoded within them.

Nihilism of any sort, along with references to sexual acts or pregnancy, or to overt violence and death, has been expurgated from the texts of most earlier fairy tales. Over time, the protagonists of fairy tales have been granted happy-ever-after endings, which are seen as more suitable for children than some of the more gruesome endings of some earlier texts. In the twentieth and early twenty-first centuries, fairy tales have been further exposed to a smiley-faced homogenisation by the ever-popular Walt Disney film studios.

Yet there is no denying the childish, yet universal, appeal of the archetypal plots of fairy tales and the attraction of their naïve, astute, funny, and downright wicked characters. This is why fairy tales, with their imaginative qualities, their psychological significance, and ability to convey encoded messages, have always sparked the interests of writers, educators, parents, and guardians of public morality.

Perhaps as a reaction to the progressive bowdlerisation of fairy tales, Roald Dahl, the foremost writer of children’s stories of his day, applied his funny, wicked, and subversive wit to fairy tales. When he brought out his Revolting Rhymes in 1982 he became a forerunner of what is now a recognised sub-genre of children’s literature, the ‘fractured fairy tale.’

THE ECOTALES
During a heated exchange on climate change at a dinner party I hosted a couple of years ago I received a call from my muse to fracture a fairy tale. Instead of an acorn falling on Chicken Licken’s head, a wave could splash over him, and he could sound the alarm that the sea level is rising. All the stock characters in the climate change debate can be found in that fairy tale. There is the curious chicken who wants to know why the sea level is rising and how to stop it from rising any further. Turkey Lurkey could bury her head in the sand. The geese and ducks could thoughtlessly quack out Chicken Licken’s alarm. Foxie Loxie could be the climate denier who tries to lure the birds into a boat and eat them up. Jowly Owly could be the climate change expert who explains the carbon cycle to them. And Farmer King and his fine feathered friends could work out how to minimise carbon pollution on their farm by the sea. Thank you, Muse!

Inspired by the cosmologists’ ‘Goldilocks Theory’ (life evolved on Earth because the conditions were JUST RIGHT!), I then wrote Messy Lox Goes to the Planet of the Bears, a futuristic ecotale about a young space cadet who sails her space bug around the Ursa Minor (Little Bear) galaxy, visiting a large planet which is too hot, a medium-sized planet which is too cold, and a baby planet which is JUST RIGHT! She 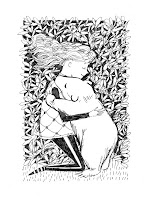 starts to pollute the environment of the baby planet until three bears let her know exactly what they think of humans and their pollution.

The tide of inspiration kept flooding in. Because ‘Cindy’ is kept locked up by her wicked step-family, she must have the smallest carbon footprint in the land. Why not give her diamond slippers, since diamond is the hardest form of carbon? She could be kitted out for the ball by a fairy godmother who works in an op shop and she could marry a prince who is potty about organic gardening.

Bling could be the genie of Consumerism. The fisherman who discovers him and benefits from his bounty could later learn that the fish and birds of the ocean will only survive if he puts the genie back inside the bottle.

Little Emerald Ryding-Hoode and her granny could try to save an endangered wolf.

Prince Pobblebonk could warn a prissy princess about the dangers of poisoning the waterways.

Juzzy could steal a golden egg-laying goose from a very tall man who lives at the top of a beanstalk, and be put to work in an organic garden for the next three years.

Three Little Porkies could find out about renewable energy sources from the Big Bad Wolf.

After their many trials and tribulations, all my protagonists could do their best to live sustainably ever after (most of the time anyway).

USING THE ECOTALES IN THE CLASSROOM
The Smallest Carbon Footprint in the Land (IPKidz, 2013) provides limitless opportunities for teachers from K-12 to design classroom activities around Sustainability, which is an underlying strand to the National Curriculum.
Students could be asked to discuss, research, and write about:
·         What is meant by a carbon footprint, the greenhouse effect and climate change?
·         How can we reduce carbon and other forms of pollution in our everyday lives?
·         What are the benefits of organic gardening?
·         Why should we conserve native habitats and preserve endangered species?
·         What is meant by renewable energy?
·         How is the marine food chain affected by consumerism and globalisation?

The Smallest Carbon Footprint in the Land can be ordered through bookstores or from the publishers’ website, www.ipoz.biz/Titles/SCF.htm.

Anne Morgan has a PhD in Writing and a Master of Education Degree. Her books include the Captain Clawbeak series of junior novels (Random House Australia) and The Sky Dreamer (IP Kidz). Her latest book is The Smallest Carbon Footprint in the Land & Other Ecotales, illustrated by Gay McKinnon. She lives on Bruny Island, where she has an adventure a day at Adventure Bay. Her website is www.annemorgan.com.au