It's Monday! What are YOU reading? - by Nella Pickup 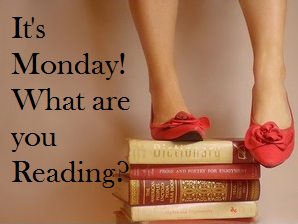 “What have you read lately?” My mind went blank and I felt silly and ashamed. With wonderful publishers’ reps, a great request service at the library and a huge pile of books by the bed, I always have books to read. So here is the list of the books I have read (in print and in audio formats) over the last month. 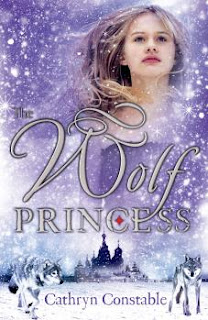 Cathryn Constable Wolf Princess (Chicken House) due in November 2012
Orphaned Sophie Smith lives in a dreary boarding school in London, but dreams of adventure, of forests and snow. She can barely believe her luck when she and her friends land a place on the school trip to St. Petersburg in Russia. But things don’t go quite to plan once they arrive. A magical fairy tale adventure for girls aged 9- 13.

Gary Crew & Ross Watkins The Boy Who Grew into a Tree (Penguin)
A fable about nature and our relationship with it, and about the inevitable cycle of life.

Stephen Dando-Collins Caesar the War Dog Random House
Caesar the War Dog is based on the true story of Australian military dog Sarbi and its experiences in Afghanistan, combined with the factual experiences of Endal, the devoted British dog who cared for his wheelchair-bound ex-serviceman master. For those who enjoyed Michael Morpurgo’s Shadow. 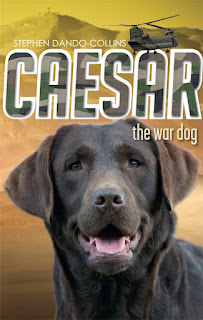 When best friends Dak Smyth and Sera Froste stumble upon the secret of time travel — a hand-held device known as the Infinity Ring — they’re swept up in a centuries-long secret war for the fate of mankind. First of a seven book multi author series with a multi-dimensional game at www.infinityring.com

Nick Earls & Terry Whidborne Word Hunters: The Curious Dictionary (UQP)
When twins Al and Lexi Hunter stumble on an old dictionary, they are catapulted back through time and space, with only some mysterious pegs as clues. They travel through time to discover the origin of particular words. I enjoyed the concept and the humour but some children may need encouragement at the beginning. First in a series for children aged 9-13.

Anna Fienberg & Stephen Michael King Figaro and Rumba and the Crocodile Cafe (Allen & Unwin)
A picture book in six chapters. The irrepressible Figaro, a dog, and his cat-friend Rumba get caught up in cat-napping adventure when they ride the Very Fast Train. 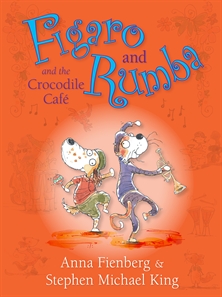 Anna Fienberg Louis Beside Himself (Allen & Unwin)
Louis loves words! His father would prefer Louis to learn wrestling techniques. When a burglar breaks into the house, Louis fails to protect himself and ends up providing a refuge for the intruder instead. A humorous and entertaining read for middle school readers.

Mem Fox and Judy Horacek Good Night, Sleep Tight (Scholastic)
The story of Bonnie, Ben and their babysitter and the traditional nursery rhymes he tells them at bedtime.

Kelly Gardiner Act of Faith (HarperCollins)
Set in Cromwellian London and Europe during the Spanish Inquisition – the story of Isabella Hawkins caught up in the writing, printing and disseminating of contentious books. Thanks to Jenni Connor for recommending this CBCA 2012 Notable title.

Morris Gleitzman After (Penguin)
Continues Felix's adventures in World War Two, where he faces perhaps his greatest challenge - to reconcile hatred and healing and to find hope when he's lost almost everything. If you loved Once and Then, buy this.

Jane Godwin & Anna Walker Today We Have No Plans (Puffin)
Weeks are frantic- swimming lessons, orchestra, library, netball and soccer, school lunches to prepare, notes to sign ... and then Sunday comes. By the creators of All Through the Year – on my Christmas wish list

Oliver Jeffers This Moose Belongs to Me (HarperCollins)
I’m not a fan but this is wonderful. As with his other books the moral seems to be presented for the reader while the main character doesn't really change his ways.

Catherine Jinks The Reformed Vampire Support Group (Allen & Unwin)
Not the usual sexy powerful vampires but a fun satire and a new look at the lives of vampires. 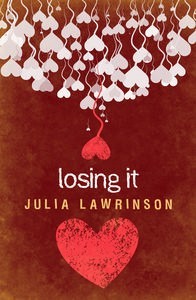 Two families were merged after remarriage. The ogre (the step-father) brought each pair of children a magical chemistry set. A spot-on portrayal of how children interact with adults, with hilarious and memorable mixups.

Julia Lawrinson Losing it (Penguin)
Four girls in Year 12 make a bet: to lose it before schoolies week – and preferably in a romantic, sober way that they won't regret. Graphic, embarrassing and hilarious; a serious story about choices and relationships. Highly recommended. 14+

Steven Lochran Goldrush Vanguard Prime (Penguin)
It starts slowly, has too many Americaniams, and a reluctant superhero who is just a loser. Keep reading for strongly drawn characters - the terrific superheroes: Agent Alpha, Gaia, Knight of Wands and Machina; larger than life villains: Metatron, Overman and Major Arcana, explosive action and flashes of humour. This promises to be a popular series for middle school children and reluctant readers.

Marianne Musgrove The Beginner’s Guide to Revenge (Woolshed Press)
A soldier’s daughter, 13 year old Romola has often moved, so making friends is difficult. Sebastian is trying to find his father and stop his mum from remarrying. Romola is “corrupted” by Sebastian’s payback mentality learned from his reading about the extreme behaviour of ancient gods. Both find that revenge has unpleasant consequences. Story of family life with links to Legacy. Engaging read.

Lorin Nicholson The Amazing Bike Ride (Wombat Books)
This is a true story about a boy who decides to ride over the mountains despite his lack of vision. Aimed at children, this is an awesome story that will encourage every reader, young and old.

Annabel Pitcher Ketchup Clouds (Orion) due November
Very different to the award winning My Sister Lives on the Mantelpiece. Zoe writes to a man on Death Row; her letters are a confession for a crime she committed, and to all intents and purposes, got away with. A story of teenage relationships intermingled with family problems; at times brutally revealing, an emotional read.

Tohby Riddle Unforgotten (Allen & Unwin)
The text is a simple poem. The pictures are thought-provoking. A book to be read and reread. 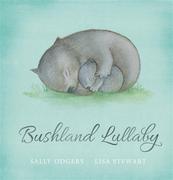 Rebecca Stead Liar & Spy (Text)
A seventh-grade boy who is coping with social and economic issues moves into a new apartment building, where he makes friends with an over-imaginative home-schooled boy and his eccentric family. A delightfully quirky tale by a Newbery Award winner.

Laini Taylor Daughter of Smoke and Bone (Hodder)
A story of star-crossed lovers – in this case an angel and a demon. Powerful, emotive and brilliant writing. Looking forward to the sequel in November.

Vikki Wakefield All I ever wanted (Text)
A brutally honest slice of life on the other side of the tracks. A CBCA 2012 Notable. Looking forward to reading her next book Friday Brown. 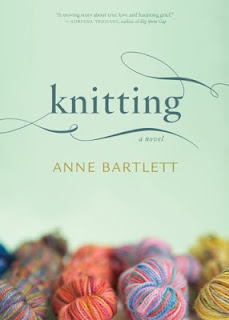 Anne Bartlett Knitting (Penguin)
A chance meeting sparks a friendship between two very different women – recently widowed Sandra, a rigid academic, and Martha, a knitter with her own secret store of grief. Anne Bartlett is currently an author in residence in southern Tasmania.

Chris Cleave Gold (Sceptre)
The story of two cyclists, who are competitors for a spot in the Olympic Games team and what drives them to succeed. Thankfully, not as horrifying as The Other Hand.

Lene Kaaberbol & Agnete Friis Boy in the Suitcase (Soho Press)
Do you remember her Tasmanian visit in 2006 with her excellent fantasy series - Shamer’s Daughter? This is the first English translation of a crime series starring Nina Borg, a Red Cross nurse, wife, and mother of two, and a compulsive do-gooder. For fans of Wallander and The Killing.

Lynne Truss Talk to the Hand: The Utter Bloody Rudeness of the World Today, or Six Good Reasons to Stay Home and Bolt the Door (Fourth Estate)
A rallying cry for courtesy.

Currently reading Lian Tanner’s Path of Beasts (Allen & Unwin) and listening to Catherynne M. Valente The Girl Who Circumnavigated Fairyland in a Ship of Her Own Making (Corsair). Wonderful so far. Looks like I’ll be purchasing the sequel.

It's Monday! What are YOU reading?