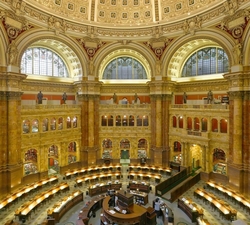 I grew up in libraries. My parents both worked as school librarians. I spent many a weekend, while they worked on their backlog of cataloguing, curled up in a beanbag with a pile of novels beside me, alternating between reading and making the tough decisions over which ones I'd take home. I had a limit of ten. If I took any more, everything else apart from reading – including homework, eating, music practise and talking to my family – would fall by the wayside.
To me, libraries were home. Books were friends. I was a shy, solitary kid with a very active inner world. I populated this world with the characters and places from the books I loved. To me, Terabithia was real. Narnia was just through the wardrobe door. Bilbo would come home one day from his travels and knock on my door and there really were witches with blue tongues and no toes lurking behind hedges waiting for me to walk past so they could pounce. I always walked to our neighbours' house very quickly.

I'll never forget the day Roald Dahl died. I was eight years old. I was on the bus to school and I remember the news of his death making its way around the schoolbus in hushed, sombre whispers. To a bus full of primary school aged kids, Dahl was a celebrity. His books were so popular at our school there was a waiting list for them at the library and a black market on the copies owned by students. I had my own copies of which I was fiercely protective, even though it had taken me several goes to make it the whole way through The Witches. It is still, to this day, the most terrifying book I have ever read.
Many years later, I entered the family profession of librarianship and found myself in a school library. I discovered there are many authors who are treated with the same awe-struck devotion as Dahl was to us. Of course, JK Rowling is one, but there are many others. Anthony Horowitz; Christopher Paolini, Robert Muchamore, Angie Sage. Kids hanker for the next book in a series by any of these authors. They pester school librarians. They make fan fiction and art. These authors mean more to young readers than any Hollywood star could. And it's not just quiet kids who read. Mega-successful series like Harry Potter and Twilight have made reading cutting edge and cool – 20 years too late for me, I'm afraid! 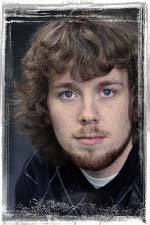 Another writer whose popularity was immense was Chris Morphew. His Zac Power books caused a feeding frenzy amongst the grade sevens whenever a new one came into the library, and his Phoenix Files series did the same with the older kids. I became a bit of a fan myself after reading one to “see what all the fuss was about”. I'm very much looking forward to seeing Chris speak at the Tasmanian CBCA conference in May. I may go a bit starstruck!
I am so glad to see that there is a new generation of kids who feel like the library is their second home. Even though I don't work in libraries any more, I still feel drawn to them. I still often poke my head into the children's section and smile when I see young kids with huge piles of books next to them, making tough decisions. I know whichever books they decide to take home will contain new friends, new worlds, and new horizons for them to explore.
Want to see Chris talk at the CBCA conference? Details can be found on the events page of the CBCA website!
Posted by CBCA Tasmania at 21:42